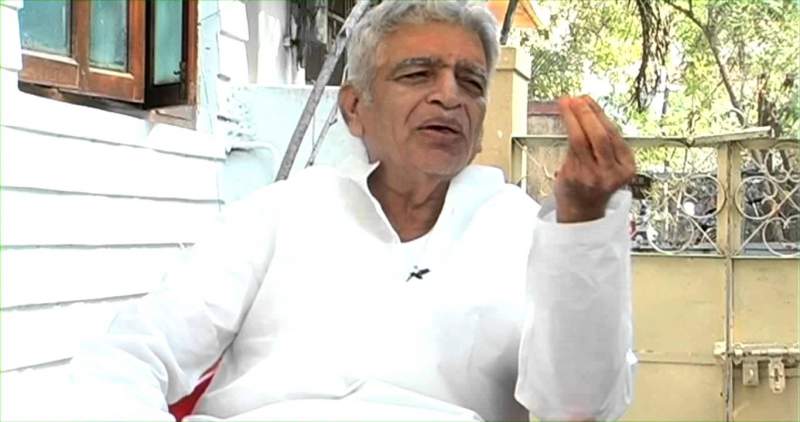 Chukka Ramaiah was born in the Gudur village in Warangal district in Telangana State. His father died when Chukka Ramaiah was only 14 years old. Goaded on by his mother, who was resolved to make him complete his studies, Ramaiah completed his graduation at the Osmania University and proceeded to pursue his MSc.

His professional career as a teacher culminated in 1983 when he retired after serving the office as a principal of the state residential school in Nagarjuna Sagar. In his post retirement years he started the IIT Study circle which became hugely popular and came to organize its own entrance exams in order to select students. The institute, which was based out of Nallakunta, the place where Ramaiah settled down in his post-retirement years, was established in 1985. What is surprising is there are many coaching institutes in Hyderabad for students who are appearing for IIT Ramaiah’s entrance exam.

Chukka Ramaiah is also a noted Telangana activist. His baptism into politics can be traced back to the days of the Nizam, when he raised his voice strongly against the unjust feudal system. He also worked for the upliftment and development of the Dalits which earned him severe criticisms from the Brahmins of the society. Ignoring these base hindrances to his achievement of the greater cause, and participated in the movement for the untouchables initiated by Mahatma to surge ahead in his mission.

Chukka Ramaiah was also an active member of the Razakar movement. The rebellion that rose to thwart the evil militia organized in support of Nizam Osman Ali Khan Asaf Jah VII had assumed immense proportions. Chukka Ramaiah was imprisoned for several years owing to his ardent support for the rebellion.

Chukka Ramaiah was elected as the MLC of the Telangana State assembly in 2007. He voiced his opposition when the government established the IIT study circle in Hyderabad. Ramaiah, however, wanted to set up the institute close to the Basara Saraswathi Temple since it was in this place of worship that he found his first students in the centre.

An ardent Telangana activist, Chukka Ramaiah spent a substantial portion of his life in trying to spread the awareness on the need for a separate statehood. His life and the innumerable works he authored, tends to reflect this single most important mission in his life.