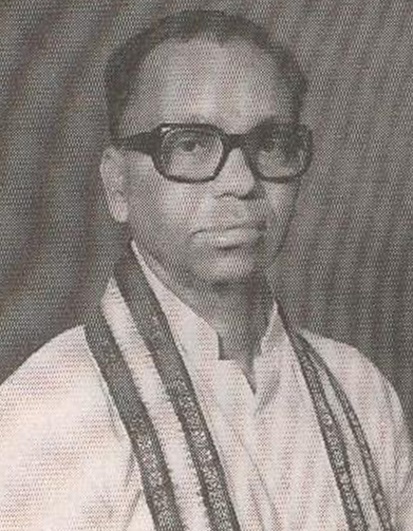 The history of Telangana is replete with exalted biographies that have irradiated its formative phases. The life and work of Dasaradhi Krishnamacharyulu , a great poet and writer, is one such glorious example.

Born in the Chinnaguduru village within the Maripeda Mandal of Warangal district on 25-July-1925, Dasarathi belonged to a middle-class Vaishnava family and grew up to be a staunch follower of the Vaishanava cult. He had a deep interest in Indian mythology and was fluent in three Indian languages namely Telugu, Sanskrit and Tamil.He did his matriculation from Khammam Government High School.

Dasarathi in his growing years was deeply influenced by Marxist ideology. He began writing poetry at a very young age to express his views. His poetry centered on the poor and the downtrodden and reflected his desire to fight against their oppression. His Marxist ideology made him firmly believe that the feudalistic Muslim rule would one day give way to a democratic and equal world. His passion for his cause was so immense that he discontinued higher education and devoted his whole life to help his people achieve liberation.

Dasaradhi Krishnamacharyulu joined the Andhra Mahasabha as a voluntary worker and toured every single village to help the people arise and awaken to their cause. In his initial days he was deeply influenced by Mahatma Gandhi and Kandukuri Veeresalingam. However, owing to his strong leftist inclination, he joined the left wing in his political career.

The initial years of Indian Independence, Dasaradhi spent his life in prisons. In 1947 he was sent to Warangal Central Jail and was later moved to Nizamabad jail. The time he spent in Jail were well utilized in writing poetry. When released from prison, when he moved to Vijaywada he wrote poetry on the atrocities of the Nizam which were published in Telugu Desam daily paper. In the year 1948, Hyderabad state was took over by Indian government with a Police Operation called ‘Polo’ and this was an end to Nizam rule in Hyderabad. In the year 1956, Telangana state got merged with Andhra state and Andhra Pradesh state was formed. After the formation of Andhra Pradesh state, Dasaradhi Krishnamacharyulu held a government office for some time. He also had a stint as a prompter in All India Radio Vijaywada and Chennai before finally retiring in 1971. Post retirement he served as a Government poet from 1971-1984.


Dasaradhi Poems and Literaty Works:
1) Dasarathi published his first book in 1947. It was titled ‘Agnidhara’ and recounts the Telangana Armed Struggle against the rule of the oppressive Nizams. A substantial portion of this book was written when Dasarathi was in Jail. He completed the rest of the book after his release.
2) The Ghalib Geethalu published in 1961 is another one of his famous work. It is the Telugu translation of the poems composed by Urdu poet Mirza Asadullah Khan Ghalib.
3) Some of his other works include Rudraveena published in 1950 which narrates the sad plight of the poor and the deprived who are starving under the autocratic Nizam’s rule;
4) Mahandrodyamam published in 1955
5) Punarnavam published in 1956.
6) Thimiramtho Samaram (Fight against Darkness) in the year 1973
7) Aalochanaalochanalu in the year 1975
8) Amruthabishekam
9) Kavithapushpakam
10) Navami
11) Dasarathi Shathakamulu

He also received several awards and recognitions for his excellent literary achievements.
1) In 1974, he received the Sahitya Akademi Award for his book of poems Thimiramtho Samaram.
2) In 1975, he was honored by the Andhra University with title “Kalaprapoorna“.
3) In 1976, the Agra University honored him by conferring on him the D. Litt. Degree.

Dasaradhi Krishnamacharyulu is also an accomplished lyrics writer and has made substantial contribution to the Telugu film Industry. He wrote lyrics for approximately 2000 songs in the Telugu Film Industry. His first Telugu movie was Vagdanam which was released in 1961. Some of the other notable movies in which he left his valuable contributions include Iddaru Mitrulu (1961), Balipeetam (1975) and Pooja released in 1976. Apart from Telugu literature, Dasarathi is also a great Urdu poet who always say that Telugu and Urdu are like his two eyes.

Dasaradhi Krishnamacharyulu died on 05-November-1987 at the age of 62. His was a great life spent in contributing his goodness for the betterment of the society. He is present in the heart of all Telangana people for his great literary and revolutionary works.