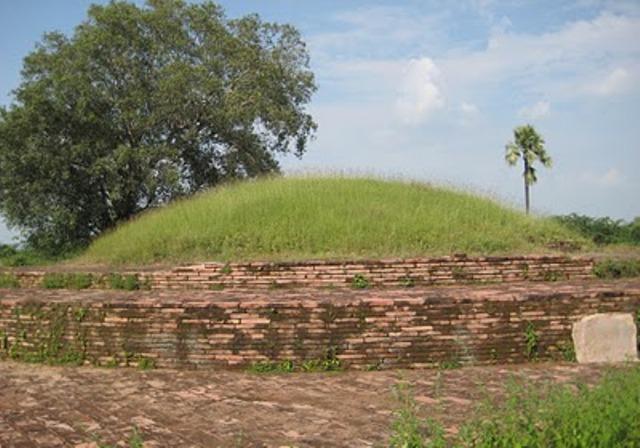 Dhulikatta Buddhist Centre – Dated back to 2nd Century BC

Located on the banks of Hussainimiya Vagu in Peddapalli Taluk of Karimnagar District, Dhulikatta Buddhist Centre is an ancient Buddhist site. The presence of this ancient site bearing important relics and artifacts helps to add a different dimension to Karimnagar Tourism. Tracing its origin back to the Satavahana era, Dhulikatta is a rich repository of ancient relics and reminiscences which keeps history alive.

Known to be one of the thirty metropolitan areas which find mention in the ancient account of Megasthenes, Dhulikatta (a corrupted version of Dhulikota) was named after the mud fort (kota) found in its vicinity. As a result the area also came to be known as the Kota area. Rich excavations have helped unearth valuable artifacts which bring to light various mysteries of the bygone eras. The biggest and most interesting excavation has been that of a Buddhist Stupa on a mound and that of a Vihara. Both of these can be traced back to the 2nd century BC.

The excavation of the Stupa has also been accompanied by interesting relics like the embellished drum with sculptured veneer slabs and limestone slabs and the Ayaka platforms. These are platforms that extend out from the drums and are found at entrance gateways. The dome of the Stupa was built with the help of 47 stone slabs. 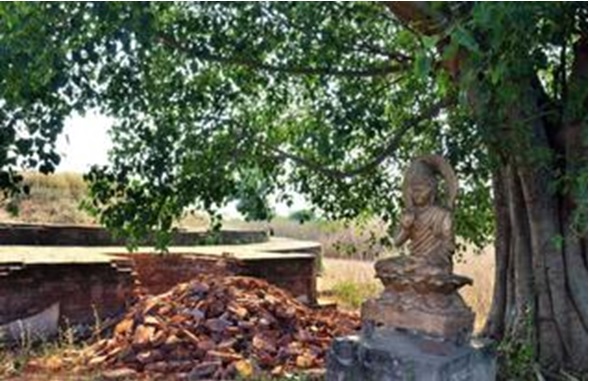 A study of the excavated remains reveals rich stories of the Satavahana period. The excavations have also revealed coins and seals belonging to the Romans and Satavahanas indicating the prevalence of trade relations between the two countries.

Excellent craftsmanship is displayed in several seals and statues like the bronze and copper statuette of mother and child. This relic shows the Mother seated on a pedestal with her legs dangling, holding the child with her left hand and resting her right hand on her knee. Another excellent sample is the ivory seal in the shape of a cup on a pedestal. The superb carvings on the seal speak volumes on the excellent craftsmanship of the artisans of that era.

In the month of January, Dhulikatta celebrates the Satavahana festival which is held for three days. At this time of the year the place witness huge footfalls as people throng this area to participate in the celebrations.
Dhulikatta Buddist Centre is easily accessible to tourists from Hyderabad, Karimnagar, Warangal, Nizamabad, etc as more and more tourists throng to Dhullikatta to relive history, Karimnagar Tourism receives an added impetus with every passing year. 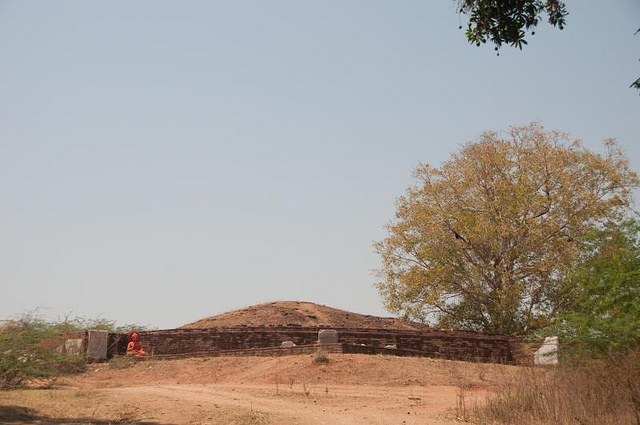 Nearest Railway Station: The closest railway station is Peddapalli which is located at a distance of 20 kms from Dhulikatta Buddhist Centre.

Where to stay: One can stay at Karimnagar or Peddaplli and visit Dhulikatta Buddhist Centre. There are several good hotels in Karimnagar which provides accommodation at reasonable rates.The accommodation facilities fit into every budget and are strategically located in order to provide tourists access to their preferred place of visit in Karimnagar.
Some of the Good Hotels in Karimnagar are:
– Swetha Inn – Ph 9676100333
– Hotel Manair – Ph 0878 2245879
– Srinivasa Hotel – Ph: 0878 2243201
– Hotel Kalpana – Ph 0878 650 3985
– Hotel Prathima Residency – Ph 0878 2233666