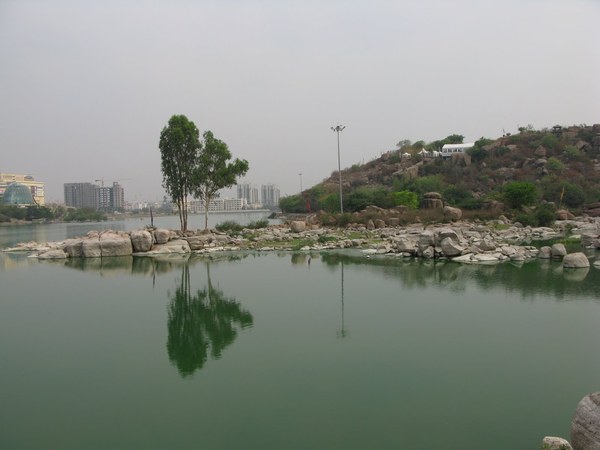 Hyderabad is a city rich in culture, art, history and wildlife. Besides being famous as the city of Nizams and the Pearl City, Hyderabad is also famous for the many lakes in which some were mainly built by the Qutb Shahi and Nizam rulers to cater to the domestic needs Hyderabad city residents.

One such lake beautiful lake is the Durgam Cheruvu Lake. Now, there are certain striking facts about this lake. One, being, that it is also commonly known as The Secret Lake of Hyderabad. The reason behind the naming is not too clear, and there are multiple beliefs, the most common one being that this place, nestled behind the Jubilee Hills is a hidden one. So much hidden, that for over 20 years, there were no ways to reach it! And the lake is not hidden by coincidence!

Since it was made to provide drinking water to the Golconda Fort residents, it could’ve been attacked by poisonous arrows to poison the royals. Hence, the reservoir needed to be hidden away. The lake has a rocky terrain around it.

Another one of those striking facts is that the 2500 million years old granite rocks found near Durgam Cheruvu Lake are extremely unique; the only one of the type in all of Asia. The lake is also among the ‘protected’ areas of the city because of these rock formations. Nestled among the Deccan Hills, the Durgam Cheruvu Lake is spread out on a 63 acre large land.

It is believed that Durgam Cheurvu Lake served driking water to Golconda Fort residents during the reign of the Qutb Shahi Dynasty which was from 1518-1687. Lately, in 2001, the AP state Tourism Department took over and started with the plan to convert the lake into a tourist destination of Hyderabad. As part of the plan, several activities were initiated. 20 million Rs. were spent on the entire project undertaken. 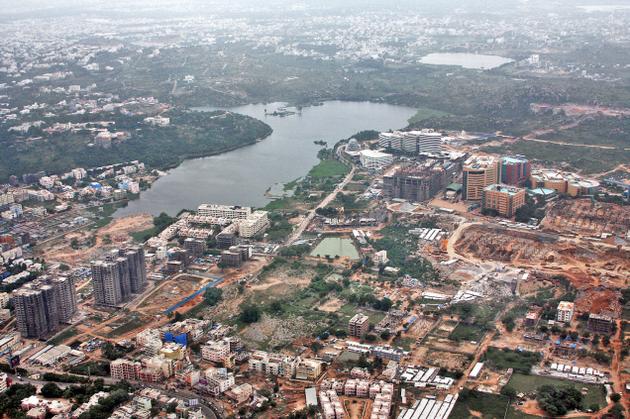 Today, the Durgam Cheruvu Lake has become as one of the tourist places to visit in Hyderabad. As part of Hyderabad tourism, Durgam Cheruvu Lake offers boating. There are several kinds of boats- Water Scooter, Pedal Boat, Mechanized Boat and the newly introduced ‘Putty’, you can choose from, to take a trip down the lake.

The area surrounding the lake is well illuminated. Additionally, artificial waterfalls, an art gallery, a floating fountain, Sculpture Park and a rock garden have been created. For those who like taking long walks in the vicinity of lakes, there’s a 2km long walkway. Adventure sports enthusiasts, head here for a dose of adventure activities like Rappelling, Rock Climbing, and Trekking.

The Durgam Cheruvu Lake is also a major fishing zone for locals and tourists. The amphitheatre- ‘The Crescent’, with a seating capacity of 1300, has been designed as a venue various kinds of events making it one of the tourist spots of Hyderabad. It has been designed keeping in mind that the feel of the vicinity should not be lost and the roof of the theatre has been made to look like the granite rocks.

There are decent restaurants and snack bars open also. ‘On the Rocks’ is one of them. Over the hilltop, ‘The Deck’, is another one which is a huge expanse of lawn.
The Durgam Cheruvu Lake is also a film shooting spot, because of its natural beauty.

Pollution and sewage problems in the Lake made headlines a while ago. And orders were issued to prevent it from increasing further, but to no avail. For a peaceful and beautiful sunset or sunrise, away from the city bustle, Durgam Cheruvu Lake is the place to be. Follow it up with the walk around the lake and relax on the one-of-its-kind rock formations. You’ll head back to the mundane with a clear head and joy only experiences like witnessing sunset-by-the-lake can bring. 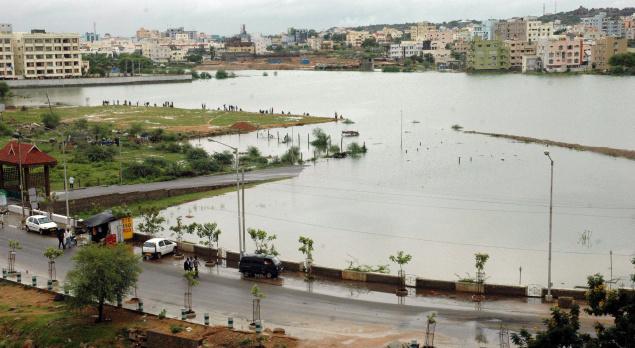 FOOD FACILITIES:Lots of hotels with various cuisines. One should definitely try Hyderabadi specials. Once can try ‘Something Fishy’ Restuarant or at visit food court in Inorbit Mall.