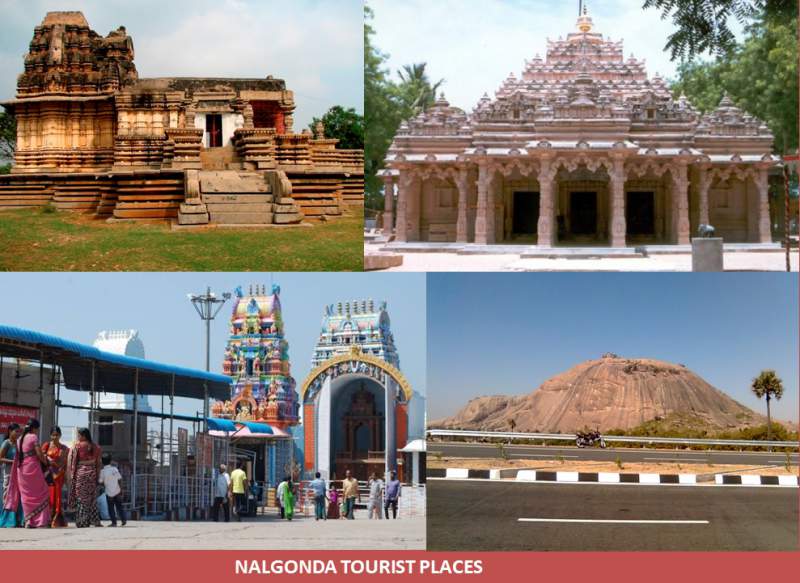 
The History of Nalgonda can be traced back to the days before the onset of the Bahamani dynasty. It was previously known as Nilagiri. However, during the Bahamani rule its name was changed to Nallagonda. The etymological meaning of its name can be traced to the Telugu language where Nalla means black and Konda means Hill.

Nalgonda has been the epicentre of power for several ruling dynasties. Though its political history commences with the advent of the Mauryas, the existence of Nalgonda in the Paleolithic age have also been established. The unearthing of evidences like tools and weapons typical of that period at Yeleshwaram and Chota Yelupu indicate the existence of the Nalgonda region during that age.

Nalgonda emerged as a centre of importance during the reign of the Satavahanas in 230 BC. It was during this time that it emerged as an important centre for conducting trade with the Romans. In 227 AD the region fell under the control of the Sakas and the Scythians. It was also the time when the region witnessed the emergence and spread of Buddhism.

The Vishnukundins established their supremacy over the area in 5th Century AD. Their rule continued unchallenged till the first 10 years of the 7th century AD. The rule of the Rashtrakutas also acquired prominence in the area till 973 AD when the Chalukyas of Kalyani occupied power in Nalgonda.

In the medieval period, the Kakatiyas claimed supremacy. However, the Muslim invasion during Prataprudra’s time once again snatched Nalgonda from their grasp and thrust it into the hands of the Muslim rulers. Under the rule of Muhammad-bin-Tughluq, his Musunuri chief Kapayanayaka gave up a portion of Nalgonda to Ala-ud-din Hasan Bahman Shah. Finally during the reign of Ahmad Shah I Nalgonda was annexed to the Bahmani kingdom. Though Jalal Khan declared independence and tried to assert his authority over Nalgonda, the region remained under the Bahamani kings.

Under the Bahamani rule Sultan Quli became the Tarafdar of Telangana. The regions of Nalgonda were gradually occupied by the sons of Sultan Quli. By 1657, Nalgonda came to be completely under the control of the Qutub Shahi dynasty.

After the fall of the Qutub Shahi Dynasty, the Mughals and finally the Asaf Jahi dynasties came to control Nalgonda for two hundred and twenty five years.

Where to stay: Nalgonda offers some comfortable accommodation facilities. Some of these include Swagat Lodge. The starting rate for which is Rs.300-Rs.400, Sri Vijaydurga Hotel, Hotel Balaji Grand (Rs.800 – Rs.1400), Kunda Satyanaryana Kala Dhamam and Amrutha Residency (Rs. Rs.700 – Rs.1800).

How to reach: Nalgonda can be accessed by road and rail from all major cities of Telangana.
Nearest Railway Station: Nalgonda is a major railway station it falls on the Secunderabad-Guntur line. It pertains to the Guntur division of the South Central Railway.