Jagtial Fort – The Star-Shaped Fort of the Mughal Era 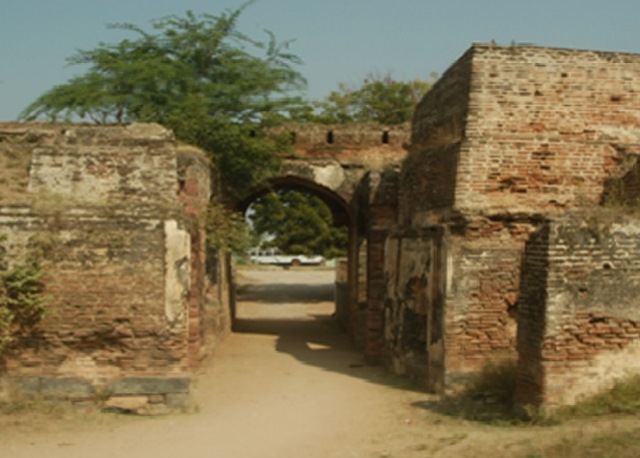 The history of Telangana is marked with valour and grandeur and forts form an important part of that greatness. The Jagityala Fort in Jagityala town in Karimnagar district is one such shining star in the Karimnagar Tourism map of Telangana Tourism

In the 17th century, two European engineers Jack and Tal conceptualized and built a beautiful star shaped fort surrounded by water in the area. The place later came to be known as Jagityal inspired by the names of these two engineers and the fort became famous as the Jagityala Fort or Jagtial Fort.

Owing to its foreign influence the fort bears a strong resemblance to a European castle. This and its unique shape and structure makes it an interesting site. Though much of it is now in ruins, however, the history associated with it hardly allows tourists to ignore it.

Built during the reign of Nawab Ibrahim a governor under the Mughal sovereignty, the fort bears a stamp of the most powerful dynasty. It is built at a height of 264 mts and is surrounded by four water bodies namely, Mote pond, Dharma Samandar, Mupparaap and Kandla Palli. This does provide a scenic setting. 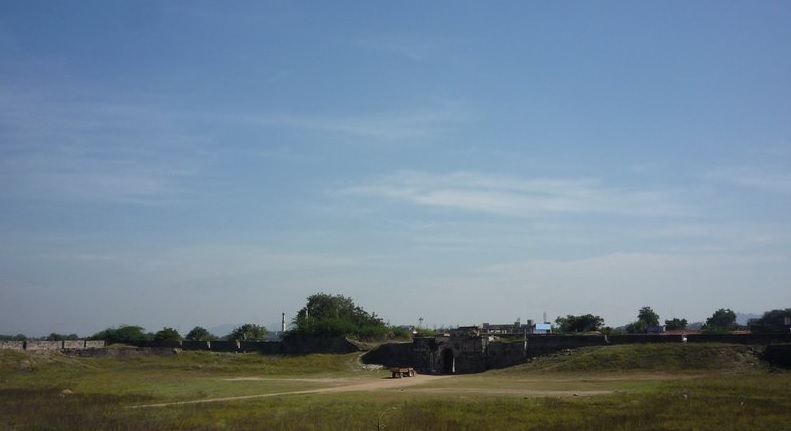 The construction materials used to build the fort were mainly stones and lime. The fort was guarded by a huge wooden gate. However, the ravages of man and nature have played its role in robbing the fort of its safety cover. The door no longer is visible. However, the fort still recalls its days of being invincible by the presence of
huge cannons scattered throughout the fort premises.

The onus for creation of most of these cannons it credited to Mohammad Khasim, the clock repairer who was also responsible for building the massive cannons. One of the cannons still bears his name inscribed in Urdu on its body.

Any mention of Karimnagar Tourism is incomplete without mentioning the Jagtial Fort as a tourist place. Though in ruins, the fort reflects the glory of the Telangana history in each of its nooks, corners and crevices.

One of the four ponds at Jagtial Fort – Image Source: www.razzwashere.blogspot.in

The fort is flanked by historical monuments like the Jama Masjid, a huge mosque during the 18th century, the Tahsildar office and the court building. Each of these has their own history to tell. A visit to the Jagityala Fort should also include a peep into the historical treasure vaults ensconced within the walls of these great
structures.

Specialty of the place: The massive cannons positioned at strategic locations are definitely a must-see. Also the historical aura of the place makes one wish to come
back to soak in some more of the past glory.

How to reach Jagtial Fort:
– State Road Transport provides an excellent network of buses that ply between Hyderabad and Jagityala quite frequently.
– Jagityal (also known as Jagityala) is also connected through the Indian railway network with Karimnagar Railway Station. In 2007 a daily passenger train has been launched that runs between Jagtial and Sirpur Kaghaznagar.

Where to stay:
– Jagtial offers a host of hotels (both budget and 3 star hotels) and guest houses for tourists. The room rates vary for each hotel.
– Other options include staying at Karimnagar which has many good hotels and taking a trip to Jagtial.

Food Facilities: One can easily many food options in Jagtial. Telangana cuisie and North India Cuisuine are available at most of the hotels and restuarents in Jagtial.