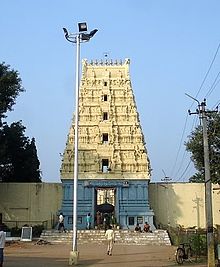 Kaleshwaram, the town lying on the border of Andhra Pradesh and Maharashtra, is famous for housing an ancient Karimnagar temple. This is the famous Kaleshwara Mukteshwara Swamy Temple Kaleshwaram.

This ancient temple is dedicated to the worship of Lord Shiva. The most unique aspect in this temple is the presence of two Shiva Lingams that can be seen on a single pedestal or Panavattam. One belongs to Lord Shiva (Mukteshwara) and the other belongs to Lord Yama (Kaleshwar). As a result of this dual presence the temple has been named Kaleshwara Mukteswara Swamy Temple.

Karimnagar tourism gains from the historical significance of this temple. It is believed that this temple of Lord Shiva is of the three Lord Shiva Temples of Trilinga Desham (also called as Land of Three Lingas which is the land of Telugu speaking people). All the three temples are Jyotirlingas that adorn the three corners of Telugu Land. The other two it is said can be seen at Draksharamam and Srishailam. 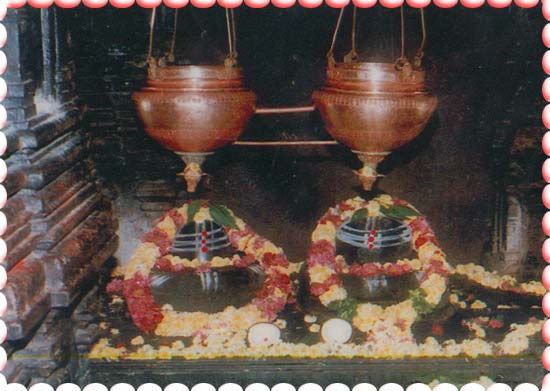 The ancient Karimnagar temple is replete with several unique features which instills reverence in the hearts of devotees. Mukteshwara linga comprises a hole which can never be filled with water no matter how much is poured into it. Science has failed to provide any explanation. However, there are indications of an underground passage which travels all the way to the Godavari river which could be a logical explanation. Nevertheless, the temple allures devotees with its mystic charm.

The temple continues to trigger curiosity about its history. There are indications of Buddhist traditions and rituals being followed within its sacred walls. The presence of these signs generates new ingredients for research.The walls of this ancient Karimnagar temple are replete with rare sculptures like those of Surya, Matsya and Brahma. The intricate detailing of these engravings is truly a pleasure to behold. Another interesting sculpture is the fish idol that is seen here. Though the origin of this sculpture is unknown it is remarkable for its structure and style.

Skanda Purana, the text which is considered to be one of the largest of the Mahapuranas devotes verses and chants describing the Lilas or activities of Karthikeya, the son of Shiva and Parvati. In the process it also describes several legends on Shiva. One of the most famous narratives is about the Jyotirlingas or the holy shrines associated with Lord Shiva. The Kaleshwara Mukteshwara Swamy temple therefore finds vivid reference in the narratives of the Skanda Purana.

One can also find Kakatiyas architecture in Kaleshwaram Temple. The big Shiva Linga in the Temple premises is similar to the structure of Shiva Linga in Ramappa Temple.

Karimnagar Tourism includes Kaleshwaram in its map as a revered Tirtha Khetra or spot for pilgrimage. This is attributed primarily to the presence of several holy temples dedicated to Shaivites as well as Vaishnavites. Some of the well-known ones include Venkateswara Aalayam, Bindu Madhavaswamy Aalayam, Chandrasekhara Aalayam, and Someswara Aalayam. 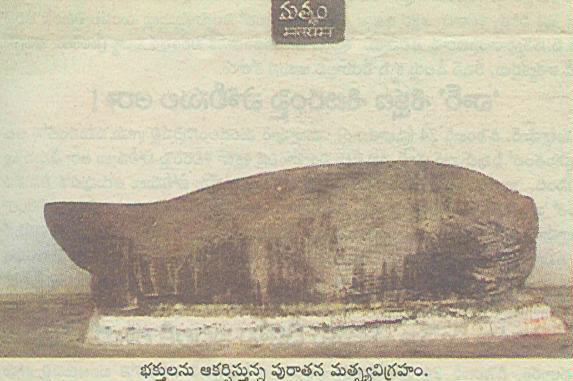 Entry Fee to Sri Kaleshwara Mukteswara Swamy Temple Kaleshwaram: The temple authorities do not charge any fee from devotees for entering the temple premises. However, devotees need to purchase tickets worth Rs.300/- (Three Hundred only) for Abhishekam of Kaleshwara and Mukthiswara.
Also the Pulihora Prasadam (Tamarind Rice) is available for Rs.5/- and the Laddu (Sweet) – is available at Rs.20/-

Sri Kaleshwara Mukteswara Swamy Temple Kaleshwaram Timings: The temple remains open from 4 am to 1 pm. It remains closed from 1 pm to 3.30 pm and reopens again from 3:30 pm to 9 pm. 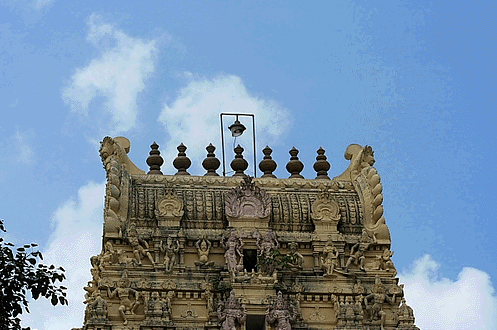 Other Attractions of Kaleshwaram:
– Triveni Sangham of Telangana is located near the Kaleshwaram Temple. Triveni Sangham is based on the intersection of 3 rivers – Godaravi, Pranahita and Saraswathi.
– Bathing Ghats are provided for the devotees to take in the Godavari river.
– Pranahita River flows from the other direction of the River Godavari. Boating facilities are available for the devotees to go to the Ghat where both the rivers intersect.
– Once in 12 years, the holy bath at Godavari-Prnahita-Sarasthwathi triveni sangham or Pushkara snanam happens at Kaleshwaram.
– It is believed that the Lord Shiva Lingams abhishekam water or milk appears at the Triveni Sangham of Kaleshwaram.

How to reach Sri Kaleshwara Mukteswara Swamy Temple Kaleshwaram:
– State government runs regular bus services from Warangal, Karimnagar and Manthani.
– Buses also ply from Hanamkonda and vice versa, the frequency being once in 30 minutes.
– Also there are many buses which also ply from Manthani, Godavarikhani, and Peddapalli.

Where to stay:
– TTD choultries and different choultries have been built to provide basic but comfortable accommodation to the devotees at Kaleshwaram