Karimnagar for the Unenlightened – Karimnagar Tourism 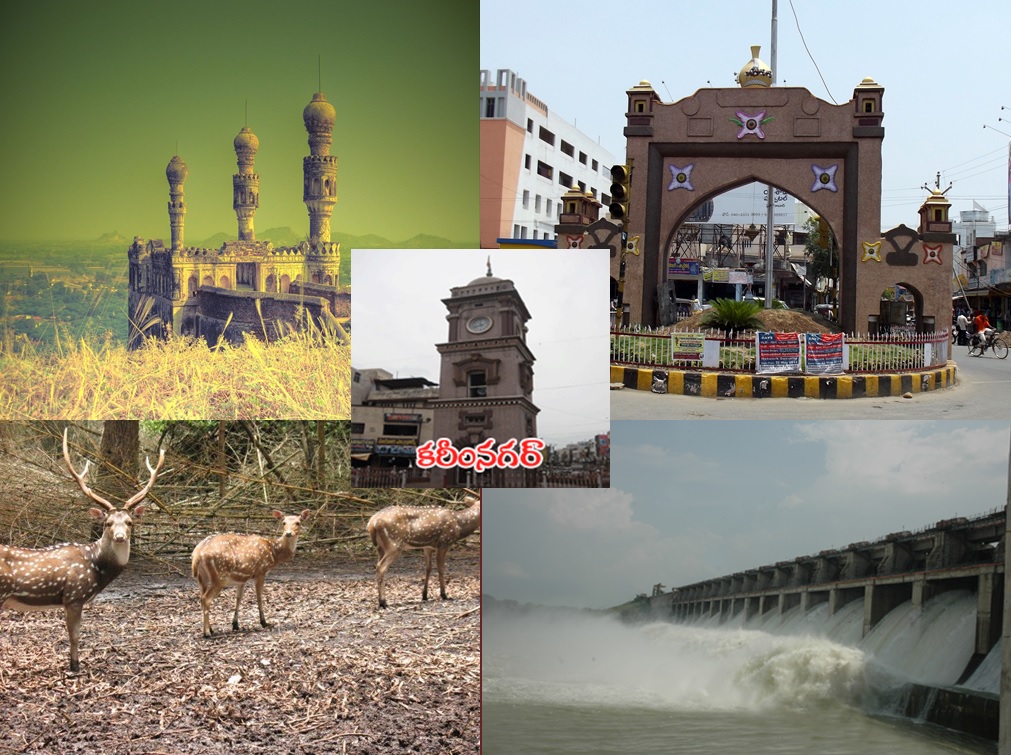 Karimnagar History – Places at a Glance

On the banks of the River Manair, around 165 km from the northern boundaries of Hyderabad, the city of Karimnagar, proudly anoints the state of Telangana with its rich hues of history and varied local culture. Known in history as ‘Sabbinadu’, Karimnagar was known to be the bastion of Satavahana power. They established Kotilingala as their capital and held sway over the city for several successful years. However, evidence of inscriptions and seals found at excavation sites in Pedda Bonkur, Dhollikatte and Kotilingalu indicate the influences of the Kakatiyas, the Mourya Kings, as well as the Asafzalu Kings all of whom have left their indelible mark in Karimnagar and have enriched the history of the place. In recent years, it came to be named after the poet Syed Karimuddin.

Karimnagar has drawn many strolling footsteps to tread its portals and enjoy the beauty of its lakes, temples and forts and also enticed many wandering hearts to soak in its local flavour by delving into the depths of local art and culture. Let us take a look at what Karimnagar has to offer in addition to its rich historical heritage.

Karimnagar has a plethora of religious shrines and temples dotting its landscape. Some of the more popular visited ones include the Sri Anjaneya Swamy Temple dedicated to Lord Hanuman, the Sri Kaleshwara Mukteswara Swamy Temple and the Sri Rajarajeswara Swamy Temple dedicated to Lord Shiva, the Lakshmi Narasimha Swamy temple dedicated to Lord Vishnu. In addition to these, tourists also flock to see the ruined beauty of the Nagunur fort and temples and the architectural splendour of the Manthani temples. The Kaleshwara Mukteshwara temple is particularly remarkable because of the presence of two shivalingas resting on a single pedestal, one belonging to Lord Shiva or Mukteshwara and the other belonging to Lord Yama or Kaleshwara. The temples provide a glimpse into the religious ardour of the population, the local culture as well as the exquisite architectural beauty all of which come together to complete the Karimnagar panorama.

The Kakatiyan dynasty has embellished the Karimnagar landscape with the evidence of their valour in the form of the numerous forts that stand tall against its skyline. The Molanguru fort in the Molanguru village of the Kesavapatnam district is one such vivid testimony of the greatness of the Kakatiyans. In its heydays, the fort acted as a crucial shield protecting the Kakatiyans against the enemy ranks. Its interiors still bear evidence of garrisons, stables and palaces that speak volumes of its glorious past. Some of the other remarkable forts in Karimnagar include the Ramgiri fort, Nagunur Forts, the Elgandal Fort and the Jagityala Fort. The last mentioned is one of the most popular owing to the deep association it provides with history through relics and sculptures embedded in every pillar and on each wall of the fort.

Karimnagar’s proximity to the River Manair has made it a congenial spot to host several attractive waterbodies as scenic locales to regale visiting tourists. The Lower Manair Dam affords a picturesque setting to spend some quality time with friends and family. It has 20 floodgates which are opened during monsoons and people throng the area to view the amazing spectacle. The place also borders a deer park, which acts as an added attraction for children who can romp along with the frisky antlers in the wilderness.

The Parks and Sanctuaries

Karimnagar locales are gifted with rejuvenating green patches in the form of park and wildlife sanctuaries. The Ujwala Park, located next to the River Manair provides a scenic location with an abundant array of trees offering cool and comfortable shades to visitors. Also bordering the Lower Manair Dam is the Rajiv Gandhi Deer Park offers an idyllic environment for families to spend the weekend with the children. The deer park, with an abundant collection of Blackbuck, Sambar and the four-horned antelope along with 10-15 exotic bird species, does manage to create its own little magic.
The Shivaram Wildlife Sanctuary bordering the River Godavari is a haven for marsh crocodiles. It is also home to a whole range of wildlife like Tiger, Langur, Rhesus Monkey, Sloth Bear, Cheetal, Sambar, Chausingha, Nilgai, and Python. The sanctuary is also famous for its dense growth of Teak, Timan, Gumpena, Terminalias, Kodsha and Thorny Shrubs. Located at a distance of 50 km from Karimnagar, it is known to be one of the most scenic wildlife sanctuaries in Telangana.

Karimnagar tourism also provides a glimpse into some of the most exquisite handicrafts that form an integral part of the city’s culture, the most notable among these being the art of silver filigree. It is a rare form of art that is seldom seen in any other part of the country. Karimnagar artisans skillfully weave magic into thin wires of silver by twisting and turning them to create decorative artifacts and jewelry. This ancient art is 400 years old and is passed down from one generation to the other. The artisans deftly weave intricate and delicate designs resembling leaves, trees, animals and sometimes even human characters. The designs are detailed and unique with no two pieces resembling each other. Shops and stores in Karimnagar display these objects of desire making it impossible to complete a shopping expedition without acquiring one.