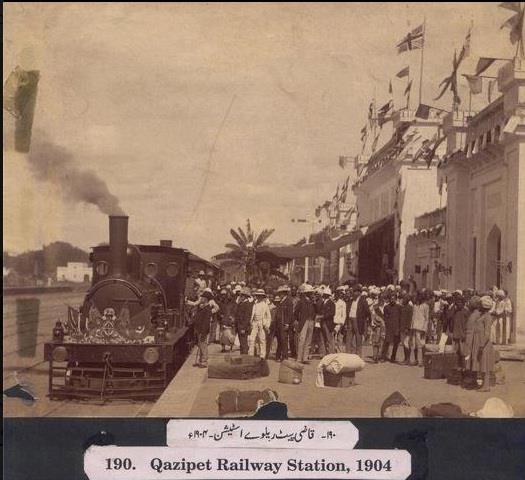 Kazipet, a small town in Warangal and a member of the Tri-city group (Warangal–Hanamkonda-Kazipet) is known for a whole lot of good things. It is a city known to host a huge crowd of religiously diverse inhabitants. It is also regarded as an important educational town hosting several professional as well as primary educational institutes.

However, Kazipet’s biggest claim to fame is the Kazipet Railway Junction. Built in 1904, the Kazipet railway junction has crossed its 100th anniversary and is still going strong. In all probability it was built under the rule of the 6th Nizam Mahbub Ali Khan or Asaf Jah VI as he was also called. The Nizam’s government also patronized the construction of several other stations namely, Secunderabad, Kachiguda, Nampally, and Begumpet.

Categorized under the South Central Railway sector, the Kazipet Railway station today has emerged as a major hub connecting all sectors from North to South and from East to West. It is one of the essential threads in the Indian Railways loom that is used to weave the nation into one single fabric. The Kazipet station is also considered to be one of the busiest stations with more than 100 trains crossing its tracks on a daily basis.
Everyday approximately around 20,000 passengers travel by trains from Kazipet Railway Station.

The Kazipet Railway yard has also been equipped to serve as a locomotive maintenance center. It initially started maintenance activities only for diesel locomotives. The yard housed around 27 WDM-2C locomotives. In the Indian context the nomenclature of locomotive models indicated the gauge type (W=Broad gauge), the motive power (D= diesel), job type (M= capable of carrying both goods and passenger) and horsepower it generates. The WDM -2C models housed in the Kazipet were the original models in that particular locomotive class.

In 2006, the Kazipet Railway Maintenance section inaugurated their services for Electric locomotive engines. In its capacity of an electric locomotive service center it brought in most of the WAG-7 locomotive types from the yard in Lallaguda, a small suburb in Secunderabad. The Centre has also recently received over 100 new units.

The growing importance of Railways in the lifestyle of Kazipet inhabitants, has led the place to gradually emerge as a railway colony. The primary mode of employment in the area is as Railway employees. Some or the other member in every household seems to draw its wages from the Indian Railways. This has therefore led to the association of like minded individuals with common interests to flourish. Almost 70% of the families living in Kazipet belong to Kazipet Railway Employees.

The existing demands of setting up of Coach Repair Factory and upgradation of Kazipet Railway Station to Kazipet Railway Division are still pending since the time of PV Narasimha Rao.

Kazipet was named after the Sufi saint Syed Shah Afzal Biabani who was appointed as Kazi by Warangal during the reign of Asaf Jah II. This along with its fame as hosting one of the country’s oldest railway station has adorned the precincts of the city with a rich history and heritage which is borne by its residents with pride. They wish to extend this pride further by ensuring that Kazipet no longer remains confined within the geographical boundaries of any one nation. They wish the Kazipet Railway station be given its due recognition internationally. A place that can generate such fervor is definitely worth a visit at least for witnessing history in the making if not for anything else.

Kazipet is know for the religious integration. An 100 year old Lord Shiva Temple, an ancient Mosque (believed to be more than 200 year old) and an 100 year old church are closely located in a straight line in the city of Kazipet (Distance between Temple and Mosque is equal to distance between Mosque and Church). Occasions like Ganesh Chathurthi Nimarjanam and Peerla Panduga in Kazipet shows real integration of Hindus and Muslims of Kazipet. 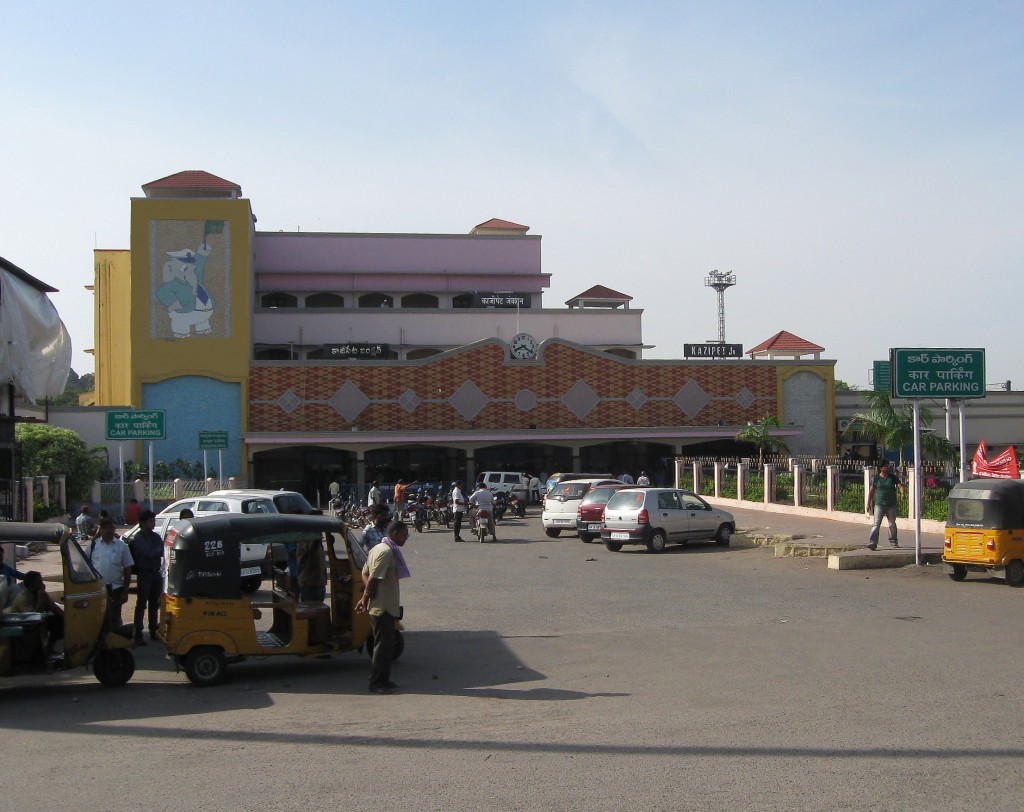 Special Attractions:
– Locomotive models
– The aura of the place
– One should definitely try the irani chai and hot mirchi bajjis of Kazipet
– One should not miss Bathukamma Festival celebrations at Kazipet

Public Transport:
– There are many trains from Secunderabad which go via Kazipet Railway Station.
– All buses from Hyderabad to Hanamkonda go via Kazipet.

Food Facilities:
– Plenty of hotels in the Tri-Cities in all ranges (budget to expensive) with various cuisines.
– There are penty of Dhabhas near NIT Warangal campus.
– One should definitely try Hot Mirchi Bajjis and Irani Chai.