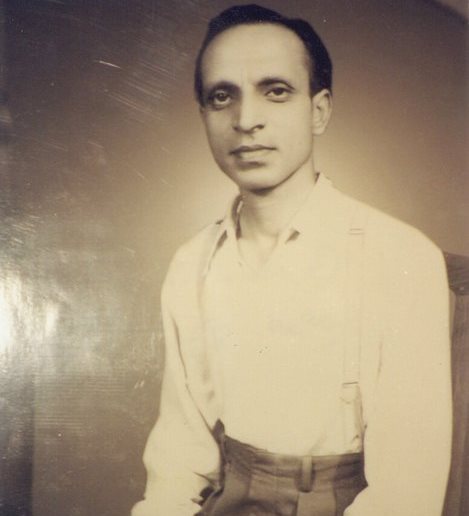 After completing his schooling in Medak, Makhdoom moved to Hyderabad. In 1936 he completed his Masters degree from Osmania University of Hyderabad. It is in Hyderabad where he realized his calling to fight for the nation and became well-known as a political activist. He actively participated in the struggle for Indian Independence. He not only fought to free India from the British rule but also fought to free Hyderabad from the oppressive rule of the Nizams.

In 1946-47 he led the Telangana Rebellion against the Nizam who spread his iron hold over the princely state of Hyderabad. In subsequent years, he also became an active participant of the Comrades Association and the Communist Party of India. In addition to this he held an office in the Legislative assembly of India for the stipulated period of 5 years.

Makhdoom Mohiuddin was considered to be one of the most versatile writers of his time. He founded the Progressive Writers Union and received several awards and recognition for his illustrious work. In 1969 he received the Sahitya Akademi Award in Urdu for his collection of poems Bisat-e-Raqs (The Dance Floor). This was a complete collection of Makhdoom’s anthologies Surkh Savera (The Red Dawn) written in 1944, and Gul-e-Tar (The Dew Drenched Rose) written in 1961. Some of his other published works include an essay on “Tagore”, a play “Hosh ke Nakhun” an adaptation of George Bernard Shaw’s Widowers’ Houses, “Phool Ban” an adaptation of Anton Chekov’s play “Cherry Orchards” and a collection of prose essays.

Makhdoom’s poetry was inspired by the lives and events around him. He was so moved by the 1936-37 Spanish Civil War that he expressed a desire to be there physically to fight the fascists. A reflection of his thoughts can be seen in his work “Andhera”. He was fascinated with the concept of love and shared this thought in most of his work. For Makhdoom, love for one’s beloved inspired poetry and love for the country inspired revolution. As a result of this, Makhdoom were one of the very few poets who could strike a perfect balance between being a successful political activist as well as an equally successful poet.

Makdoom’s excellent verses have always been able to awaken the eternal human spirit. He emerged as the quintessential representative of the socially and culturally progressive and vibrant facet of Hyderabad that future generations would associate themselves with. A deep appreciation of art led Makhdoom Mohiuddin to form strong bonds with stalwarts of the art world like MF Hussain and Laxma Goud. Makhdoom was successful in irradiating the era that he lived in with an effervescent glow that few were capable of imitating then or later.

Makhdoom Mohiuddin passed away in 1969 after suffering a massive heart attack at a convention held by the Communist Party High Command in New Delhi. His death marks the end of one of the glorious eras in the history of Telangana. In 2008, to commemorate the birth of this multifaceted personality, a year long centenary celebrations were held in Hyderabad. Several programs were organized as part of the celebrations. It was attended by a whole host of people including Trade Union leaders, poets, writers, intellectuals and artists from Praja Natya Mandali. The stage was also adorned by intellectuals and eminent personalities like the Vice – Chancellor of International Hindi University, Vibhuti Narayan Rai, scientists like P. M. Bhargava and Vice-Chancellor of Hyderabad University Syed E. Hasnain. It was a celebration of the birth of a life which left a deep impact in the lives of others.