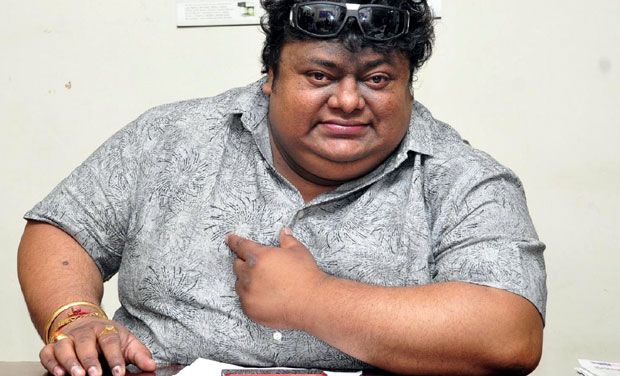 Telangana has become the number one priority to many of us. Many Telanganites see things from Telangana point of view. On the similar ground in every field, we look for the feel of Telangana because we have missed it all these years. One such aspect is Telugu Film Industry. When we talk about Telugu film industry there are few people who always come to our mind and Music Director Chakri is of those few people who has shown the real talent without any family background in films.

Music Director Chakri’s full name is Chakradhar Gilla. Chakri is born on 15th June 1974 in Kambalapalli village near Mahabubabad town of Warangal district. His father Gilla Venkata Narayana is also a singer and actor. He has one brother and two sisters.

Chakri started his career in Tollywood in the year 2000 with the movie ‘Bachi’, directed by Puri Jagannadh. Since then, he has given multiple hits in Tollywood. As a music composer, he has introduced many new talents for singing and lyrics to Telugu Film Industry.

Yerra Bus movie released in Nov, 2014 was his last movie.  He received fame from his musical wonder ‘Satyam’. The movie was a musical and Chakri received the best Playback Singer for the song ‘O maghuva Ne Sneham Kosam’ from the movie ‘Satyam’. In fact he got lot of fame from this movie.

Chakri has composed many hit albums for many movies and received success. He is one person who can compose any kind of music: devotional, romantic, mass, melodious, etc with ease.

He was a very soft natured, down to earth and friendly person who was always ready to help.

On 15th Dec 2014, at 6:30 am his wife tried to wake him but he was unresponsive. They took him to Apollo Hospital and doctors confirm Chakri was dead before he was taken to hospital.

Chakri is survived by wife Sravani and children.  Telangana Chief Minister condoled Chakri’s sudden death and mentioned that a talent of a young Telangana Bidda has gone too early.

Music Director Chakri’s songs will always remain in the hearts of Telangana people.