Nizamabad History – A Telangana City dated back to 6th Century BC 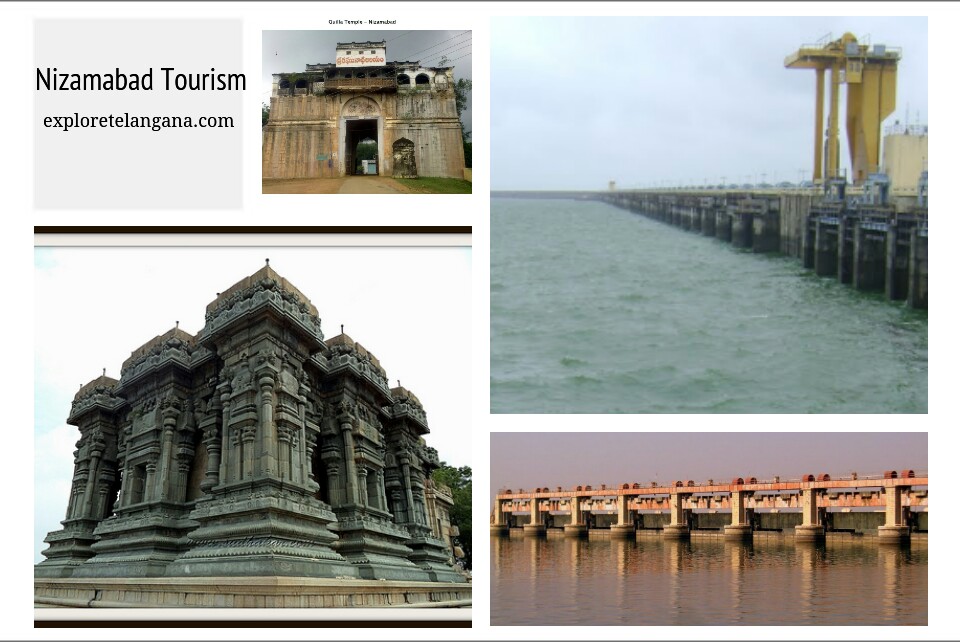 Nizamabad history is dated back to the very inception of human civilization. Paleolithic tools, cooking utensils and weapons excavated at Pochampad, a site in Nizamabad, indicates the existence of the town in the Stone Age. Its story of evolution is an interesting chapter in the volumes of the history of India.

In the 6th century BC, Ashmaka, a Surya Vamsha king, established a kingdom and built the city Poudana. This city was later captured by King Karna with the help of the Nagula tribe. Consequently it is believed that the inhabitants of Poudana were descendants of the Nagula tribe and therefore were brave and fearless in nature.

Ashmaka soon moved into the hands of the Nanda kings. They were however severely defeated by Chandragupta Maurya who established his control over the territory with the help of his shrewd and intelligent Prime Minister Kautilya or Chanakya. The Mauryas were followed by the Satavahanas, Ikshwakas, Vishna Kundinas, and the Badami Chalukyas who established their sovereignty over Nizamabad. It is little wonder that their rule have sufficiently contributed in influencing its heritage and culture.

In the 8th century, the Rashtrakuta king Indra Vallabha Panthya Varsha Indra Som ruled over Ashmaka. His long and effective reign led people to rename this city after its great ruler to commemorate his successful reign. Hence Ashmaka came to be known as Indur or Indrapuri. The name remains etched in the minds and hearts of its people who wish to refer to their favorite city with its old name as an endearment. Indur soon assumed significant prominence as is evident from its reference in the religious scriptures of various Indian religions namely Jainism, Buddhism and Hinduism.

In 1324 Indur faced its first Muslim onslaught. The brave Nagula blood flowing in their veins led them to fight fiercely with the Muslim sultans in a bid to protect their independence. However, the huge Muslim army ultimately forced them to surrender in defeat in 1323 when Ul-ug Khan captured Bodhan Fort and Kotagiri. In 1324, Indur formally came to be included in the sovereignty of the sultans.

In 1347 when the Bahamani kings established their hold over Indur, the city underwent another turning point in its history. For a considerable period after that till 1500 AD, the existence of Indur was seeped in confusion. It came to be ruled by the Bahamani kings as well as by the Vijayanagar kings both of whom began to force their control over Indur by turns.

The fall of the Bahamani kings at the hands of the Qutub Shahi kings lent a new influence on Indur. It came to be adorned with Qutub Shahi architecture namely forts built at Bodhan, Kotagiri Kowlas Nala and so on.

With the ascent of Aurangzeb to the throne of Delhi, the Golkonda kingdoms including Indur came into the hands of the Mughals. The Asaf Jahi occupation followed soon after. Indur’s role in the 1857 mutiny led it to be included in the Indian union. Since it continued to remain under the aegis of the Nizams, Indur was then renamed as Nizamabad. The district of Nizamabad finally came to be formed in 1956 AD. This marked the entry of Indur into the modern era.

The modernization of Indur can be traced back to 1905 and can be marked by the laying down of railway tracks between Secunderabad and Manmad. This was the first time a mode of transport was being set up to establish faster communication between Nizamabad and the rest of the world.

In 1923 Nizamabad district witnessed the construction of the Nizam Sagar Dam. Built across the River Manjira in Achampet, it irrigates around 250,000 acres of land in the district. It is also considered to be one of the biggest irrigation projects that meet the water consumption requirements for the twin cities of Hyderabad and Secunderabad.

As Nizamabad city advanced towards new India, Tourism assumed significance and the need to develop tourism sites increasingly gained prominence. Some of the popular destinations which received considerable attention included Nizam Sagar project site, Sri Ram Sagar reservoir site, Ali Sagar, Ashok Sagar, Nizamabad fort, Archeological and Heritage Museum, and Pocharam Wild Life Sanctuary. The development and maintenance of these sites require in depth study of the place in order to understand how to make it congenial for tourists and attract a healthy tourist inflow.

Nizamabad History has found a significant position in the annals of history. Its birth, growth and advancement towards modern civilization have ensured that it justifies its right to earn and retain that position.

Special Attractions:
Nizamabad allures tourists with its rich history and attractive tourist destinations. This is a place where history breathes in every cave and cavern. Every trip to Telangana remains incomplete without a visit to Nizamabad.

How to reach:
– Buses are available at a 15 minute frequency from Hyderabad to help tourists reach Nizamabad.
– Plenty of buses ply to Nizamabad from all the major cities of Telangana – Hyderabad, Warangal, Karimnagar, Khammam, etc

Nearest Railway Station:
– The Nizamabad station was built in 1905. It is on the Kachiguda –Secunderabad-Nanded railway line and is a popular connecting link to access various parts of the district.