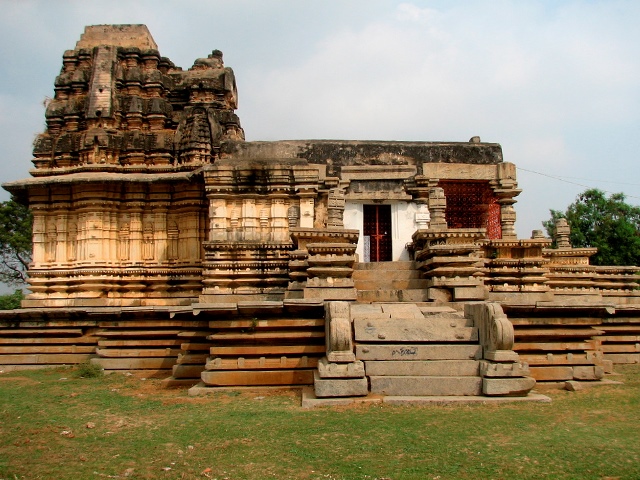 The Pillalamarri Temple of Suryapet (Telangana state) is dated back to almost 1000 years and is considered to be one of the oldest ancient temples in Nalgonda District of Telangana state. Dedicated to Lord Shiva, it is located in Pillalamarri village in the Suryapet town. Historically significant as the gateway of Telangana, Suryapet town is located on the National Highway 9 between Hyderabad and Vijaywada. In addition to the Pillalamarri temple, the village also houses several other ancient temples built during the Kakatiya period. This helps to enhance the historical and religious value of the village.

Built on the banks of the Musi River, the temple belonged to the Kakatiya era and stands testimony to the architectural craftsmanship displayed by the Kakatiya rulers. It houses beautifully carved pillars and walls where each intricate sculpture is poetry in stone. Beautiful paintings are also found to adorn the walls of the temple. A grand and regal Nandi bull is seen gracing its portals. The detailing in the architecture is an indication of the touch of excellence which the craftsmen of the Kakatiya period have been able to impart on Telangana art and culture. 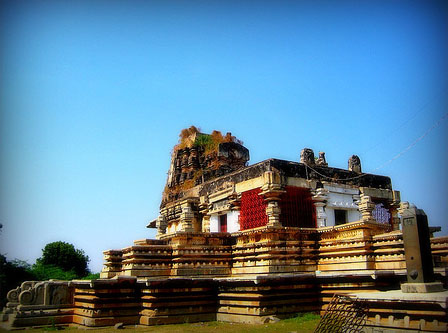 View of Pillalamarri temple Suryapet from the right side of the temple – Image Source: www.uniquelifecare.com

The main sanctorum of the temple houses the idol of the main deity Lord Chennakesavaswami. The idol is resplendent in adornments particularly during the annual celebrations in the months of February to March. During this time, the temple premises are filled with devotees who come from far and near to offer their prayers to the Lord and seek his blessings.

In addition to the presence of valuable inscriptions, the historical significance of the place has significantly increased by the discovery of coins within the temple premises. These have helped historians to salvage a lot about the life and times of the great Kakatiya rulers.

In addition to the historical and aesthetic value the village imparts, it is also a culturally significant area. This is the birthplace of the famous Telegu poet Pillamarri Pina Virabhadrudu. 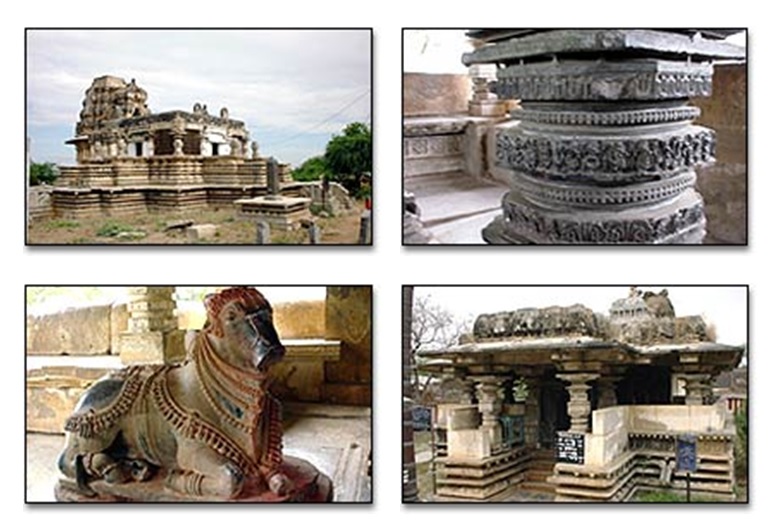 The Suryapet town is famous for various other temples, namely the Hanuman temple, the Dandu Maisamma Temple and the Shivalayam temple. Suryapet also houses the famous Suryapet church which is one of the biggest landmarks in the region.

Special Attractions:
– The Pillalamarri Temple bears strong historic as well as religious significance. It is the unique combination of both aspects which enhances the temple’s attraction for tourists.
– Beautiful Carvings and Nandi at Pillamarri Temple

Any specialty of the place:
– The Pillalamarri temple is significant for both history loving tourists as well as for religious minded tourists.
– Considered as one of the ancient Temples of Nalgonda built by Kakatiya Rulers of Telangana.

How to reach: Pillalamarri is located at a distance of 6 km from Suryapet. Telangana State run buses ply from Suryapet to several places like Hyderabad/Secunderabad, Warangal, Khammam, Nalgonda, Karimnagar, Miryalaguda, Adilabad, Nizamabad, Janagaon. Buses are also available from Mumbai and Pune (Maharashtra) as well as from Bidar in Bangalore (Karnataka).

Nearest Railway Station: The closest railway junction is Kazipet while the stations that are closest to Suryapet are Khammam, Nalgonda and Jangaon.