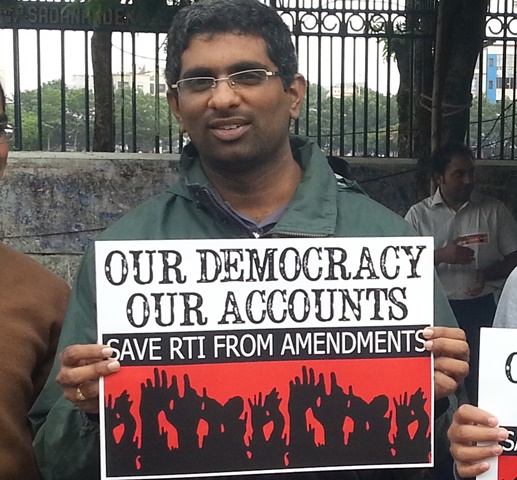 There are many great personalities and intellectuals in Telangana. But not all are so famous and known to all. One such individual is Rakesh Reddy Dubbudu.

There is nothing a common man can’t do. Rakesh proved it many times with the powerful common man weapon ‘RTI’.

Rakesh Reddy Dubbudu is born in Warangal, scored state 11th rank in EAMCET in the year 2001 and completed his engineering from NIT Warangal. He worked with Oracle for 5 years.In the year 2005 after completing his engineering, Rakesh got his interest on RTI. In the initial days of his RTI, he faced plenty of challenges at every stage of RTI form submission process. But Rakesh with his focused attitude to know/resolve some of the details from many of the government offices never got carried away with those challenges. During the same time, he started a Non Profitable Organization ‘BHUMI’ along with some of his friends. With Bhumi, he organized and participated in many non-profitable events. Some of the Bhumi events include: Construction of classrooms for Government school at Rasoolpura , ‘Dhronacharya and Ekalavya’ Training Sessions on leadership skills, cleaning of Osmania Hospital toilets, building a simple system to find out blood test and urine test rooms at Osmania Hospital and volunteering many social service events

Apart from Bhumi, Rakesh Reddy Dubbudu actively involved in RTI activities along with his job at Oracle. In 2010, he quit his job and became the Co-Founder and Director of ‘Abhyaas Educorp’.
Rakesh involvement in RTI is greater than life. He trained 10000 people on RTI, its benefits and how to use it effectively. Rakesh filed close to 500 RTI applications since October 2005.

In his initial days of working on RTI, Rakesh spent his time in learning the process of RTI and how government offices functioned. He filed many RTI on how government offices work in different departments. Since the time he started on RTI, there were many changes and amendments happened on RTI law which reduces the power of common man. Rakesh is one strong activist who opposed many such things. He believes in ‘actions speak larger than words’. With the recent amendment to RTI law on exemption of political parties under RTI, Rakesh Reddy Dubbudu strongly opposed this amendment along with UFRTI (United Forum for RTI) and started a campaign uploading numbers of MPs and MLAs for citizens’ perusal.

Being a great Orator, Rakesh conducted and participated in hundreds of RTI sessions to make people aware of RTI. Apart from common people, he also gave many sessions on RTI to some of the political parties of the state. 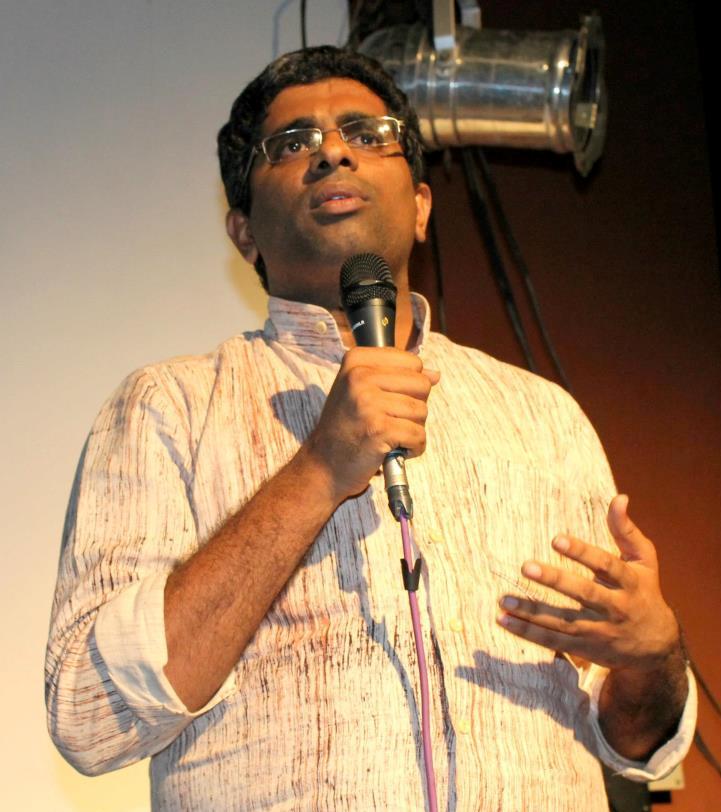 Rakesh is one person who believes in facts and statistical data before commenting or proceeding with any task of public interest. Unlike others, Rakesh raises his voice after he has got sufficient proofs with accurate facts and data. He found many injustices happening in many government departments through his RTIs and educated the government officials of those departments on the RTI system. Rakesh is also a panel member on various RTI debates on news channels. He contributed many articles to various leading newspapers on RTI and some of his stories are published on the front page of leading Telugu newspapers and National dailies (The Hindu and TOI).

Apart from working as RTI activist, Rakesh also enjoys teaching. He holds the below positions currently:
– Co Convener for National Campaign for People’s Right to Information (NCPRI) since Feb 2013
– Trustee for ‘The Lakshya Foundation’ since June 2012.
– Co Convener for ‘United Forum for RTI Campaign – AP since Aug 2007
– Co-Founder and Director of Abhyaas Educorp

Awards received by Rakesh:
1) CNN IBN Citizen Journalist Award on his excellent contribution on find out the truth on Farmers Suicide in Mahabubnagar district of Telangana. Rakesh is one among the 22 people acroos the country who have received this award.
2) SM Basha Memorial Award for outstanding performance as a Yound Social Activist.

Apart from all the above, Rakesh also brought to lime light on how the so called intellectual political leader gave invalid wrong facts on Telangana region. Through Rakesh’s analysis on the growth rates given by the political leaders, one can easily find out the injustice being done to Telangana by such leaders.

Rakesh treats RTI as a powerful weapon of common man. He says ‘If properly used, RTI can solve many of the common man problems whether it’s related to gas connection or passport application or any other”. He strongly believes that power should lie with people but not with political leaders.