Sircilla – The Textile City of Telangana 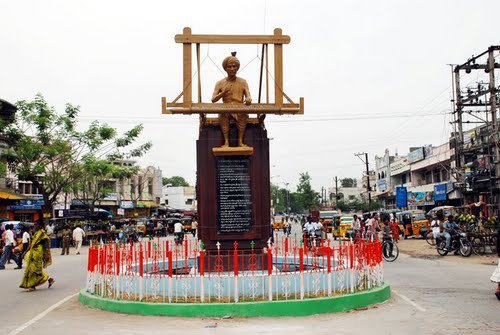 Sircilla, or Sirsilla as it is also called, borders the banks of the River Manair. It is a town and a municipality in the Karimnagar district of the Telangana region. The importance of Sircilla lies in its claim to being a well-known textile producer in Telangana. The primary income for about 80% of its population comes from being employed as weavers or as textile dyeing workers. Sircilla name is derived from Sirishala which means ‘Centre of Wealth’.

Now Siricilla Town is also Siricilla Municipality known for its Textile Industries and Power loom business. Weaving in Sircilla is completely dependent on the use of power looms. This is a mechanized version of the hand loom and runs on electricity. The weaving process is faster as it is entirely automatic. The speed however is dependent on an uninterrupted supply of electricity.

The efforts of administrative authorities have fructified in setting up a Textile Park in Siricilla map. This park it is estimated would help to boost the employment opportunities of the textile weavers. The park is located in Baddenapalli about 5 km from the city center of Siricilla. The park is also an excellent opportunity to glean the history of weaving and showcases various different models of looms. The exhibits include the ancient hand looms that were run manually to the modern day power looms that are run automatically.

The history of weaving in Siricilla commences with the selling of lands to weavers in order to help them setup textile –weaving establishments. This tradition is still continuing. However the recent years have seen a decline in the textile Industry which has been attributed to several reasons. The 20% to 25% increase in cost of colors for dyeing, lack of finance facility for weavers, increase in cost for power as well as a limited supply of power have all been responsible for the series of unfortunate incidents reported about the weavers of Siricilla. Most small scale weavers have also been forced to shut down business.

The Siricilla town houses around 34,000 power looms. Of these 15000 are used purely for weaving polyester fabric. This helps to provide direct and indirect employment to 8,000 weavers. However owing to the recent crisis in power and the high cost of the yarn required to weave the fabric, all supplies of the yarn has been stopped. This has led to the closure of all looms producing the fabric resulting in widespread unemployment and distress. Efforts however are being made to revive the situation. 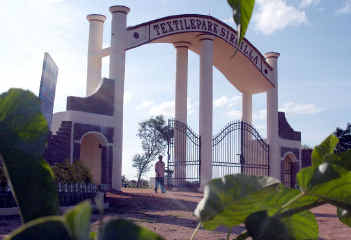 Special attractions:
– The Textile Park in Baddenapalli attracts tourists from near and far to increase awareness of Siricilla’s textile industry.
The Textile Park definitely helps to showcase the unique character of the place. It not only displays the weaving processes but also helps to increase awareness of the history of Sircilla’s Textile Industry.