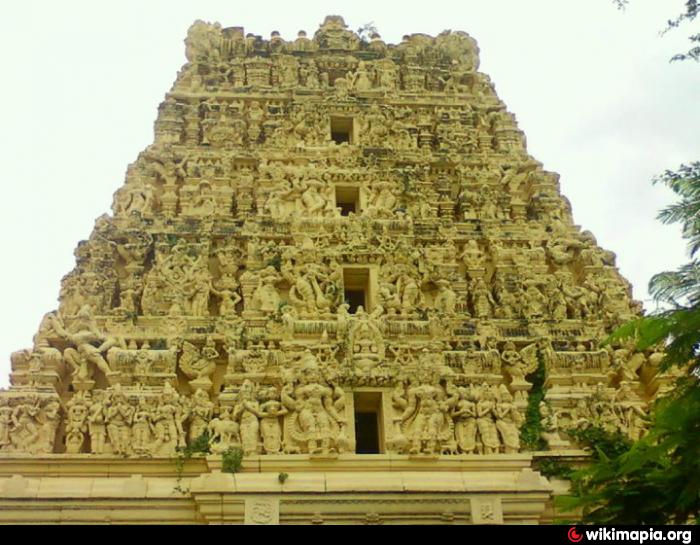 There are few temples in the country which showcases the artistic mind of the rulers during their period . And every period of the Indian history has their own style of architecture. One such temple which is an example of Vijayanagaram period is Sri Ranganayaka Swamy Temple located at Srirangapuram village of Mahabubnagar District of Telangana State. This temple was built during the 18 th century A.D.

History of the Temple:
There is an interesting story behind this temple. It is said that the King Krishnadevaraya, Vijayanagaram ruler once went to Srirangapuram and was mesmerized by the beauty of Sri Ranganayaka Swamy Temple there. And then he decided to construct a Ranganayaka Swamy Temple in his kingdom. Later, Ranganayaka (Lord Vishnu) appeared in his dream and told the king that his idol is lying in the kingdom and an eagle would direct him to that place. And it is said that succeeding day Krishna Devaraya followed the eagle and found the idol between Kothakota and Kanvyapalli mountains. The temple was constructed near Ratna Pushpakarni Lake in the kingdom.

Tall huge Gopurams and numerous mandapas are the signatures of Vijayanagar period architecture.
The temple is a classic example of Vijayanagaram Kingdom architecture. The temple was built by the Rajas of Wanaparthy Samsthanam on the bank of Ratna Pushpakarini lake. The temple is situated at a distance of 63 kms from Kurnool and frequent buses are available to this temple from Wanaparthy which is at a distance of 24kms.
The temples is surrounded by lush greens and beautiful sacred water flow behind the temple. 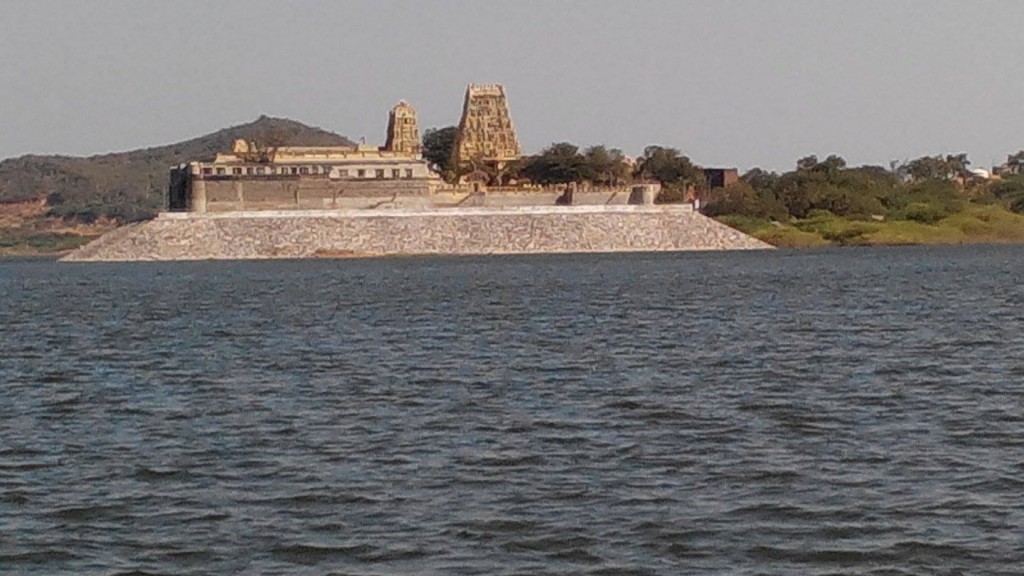 Temple Management:
The temple is under Sri Krishnadevaraya Group of Temples managed by Sri J Krishnadeva Rao . Many temples located at Wanaparthy, Peddagudem, Rajanagaram, Kanaipalle and Kothapeta of Mahabubnagar District are also under their jurisdiction.

Special Occasions of the Place:
There are three major occasions celebrated in Sri Ranganayaka Swamy Temple:
– ‘Kotai Vutsavalu ‘ is celebrated here on the on the occasion of Sankranthi festival for about a month and it is a major tourist attractions of Mahabubnagar in that period.
– ‘Rathotsavam ‘ is celebrated during March for a period of about 15 days
– Durind Sravana masam the flow of tourist is more here as water body is beside the temple as the destination is having water body beside the temple. 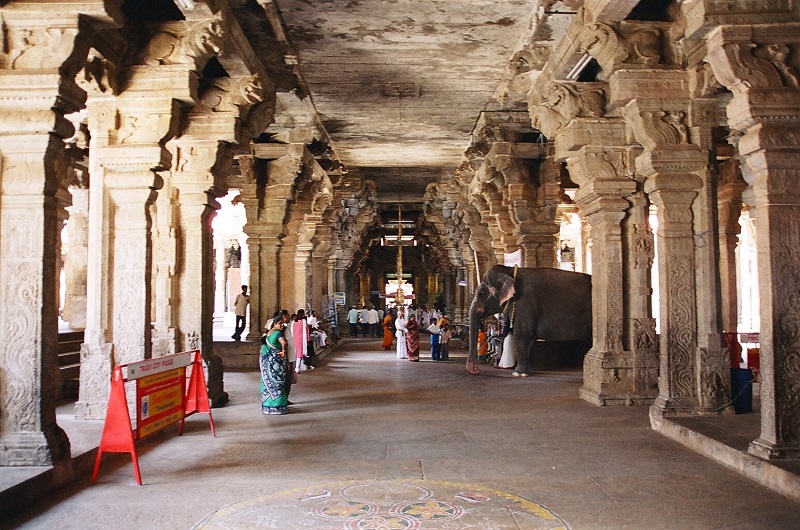 How to Reach:
By Road:
– When travelling on NH 7, the temple is about 10 Km from Pebber , and from Wanaparthy – 25 Km ; from Kollapur – 25 Km through Singotam temple, Hyderabad – 160 Km. Temple lies 100 Kms from Mahabubnagar town.
– There are regular buses from Wanaparthy.

By Train:
– Nearest railway station is Gadwal which is about 40 Kms away

By Air:
– Nearest airport is at Shamshabad ( Hyderabad ) at around 120 kms.

Accommodation Facilities:
There are five single rooms with attached bathrooms available at the temple . It as at free of cost by the temple to pilgrims in order to improve the tourist attraction.Rooms can be booked through Phone