India is heaven of Spiritual Joy with so many holy rivers flowing across the country. One who wants to attain the eternal glory of the lord can land themselves undoubtedly in India.

Being a land of diversity and rich  in heritage various cultural worship is been followed. One of the most prominent Hindu god is Lord Shiva who has uncountable number of temples around India. One of the most beautiful Shiva Temple is been located in the Land of Telangana.

It is a major tourist attraction of Telangana State, which lies in the Nallamala Forest range .

Umamaheswara Swamy temple is located on very tall hills of Nallamala forests and dates back to 2nd century AD. It lies just around  100 Kilometers away from Hyderabad on the Hyderabad Srisailam Highway. Even more in a clearway it lies 4 Km from Rangapur Village, Achampet of Mahabubnagar District on  Hyderabad – Srisailam highway NH 7. 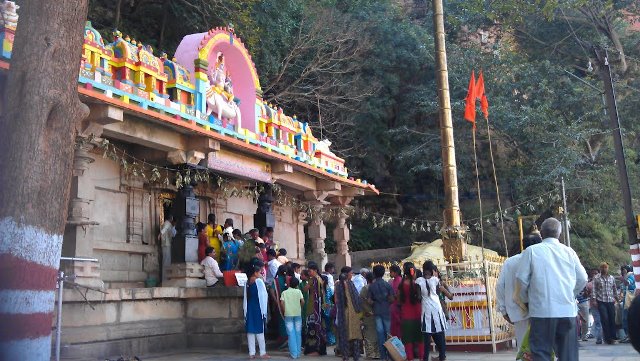 Vedic History of Umamaheswaram:
Umamaheswaram Temple was built during the reign of Maurya Chandragupta contains a grand image of Errana, adored in literature. Its dated back to 2nd century A.D.

Ruling Deities :
In Umamaheswaram, Lord Shiva is in the form of Mallikarjuna and Parvathi Devi in form of Bhramaramba. Lord Shiva is in form of Swayambhu Linga which  means  “that which is created by its own accord”. It is said that Lord Sri Rama visited this place when doing Parikrama to Srisaila Parvatam. This place is also described as Kubera Sthanam. Mahishamardini idol is been located on right side of the Lord Shiva and Goddess Umadevi is on the left side.

Beauty of the God in Umamaheswaram Temple:
Shivalinga in umamaheshwaram is a  pleasant appeal for the devotees because of its colour – it is white on one side and red on the other side. Huge tank is been built near the temple where  thousand elephants can swim at the same time. It is been decorated with the images of Chandi, Subrahmanya, Virabhadra, Kumaraswamy and other gods.
Umamaheshwaram’s spiritual importance  connected with Srisailam:

Throughout the year the  place is very cool ,shady and the temperature would be always below the normal. Umamaheshwaram is one of the major tourist attractions of Telangana and popularly known as “ Poor man’s Ooti”. Mysterious history of Papanasanam :
The temple is stretched 500 meters to Papanasanam where water oozes  out underneath the huge rocks at the same rate all through the year. It is said that water gets filled in the Rockpot for every five minutes and it overflows to all  the water jasmines and  numerous plants surrounded in the region

Umamaheswaram Temple and nearby area is been noted for its mysterious Papanasanam  where you can always find a mug of water what ever you take out from it throughout the year.. people are surprised by the fact where water is coming from the rocks. Till today it is the home for numerous Sadhus and devotees of  the Lord Shiva. People take Holy bath in Papanasanam to attain Mukthi. 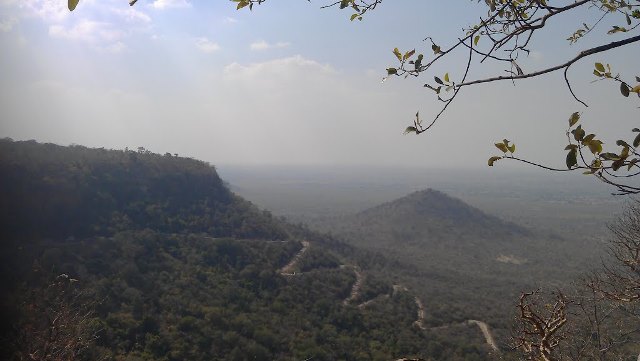 How to Reach ?
– Uma Maheswaram is very nearer(10-12 km) to Achampet, Mahaboobnagar district. Once we reach Achampet first, then Rangapur and from there Umamaheswaram. Number of autos are also available from Achampet.
– Uma Maheswaram is also nearer to Munnanur(15 km). When we are coming from Srisailam, we can  get down at Munnanur and many autos are available tp Umamaheshwaram.
– There is a temple Hall for staying in Umamaheshwaram when travelling single.