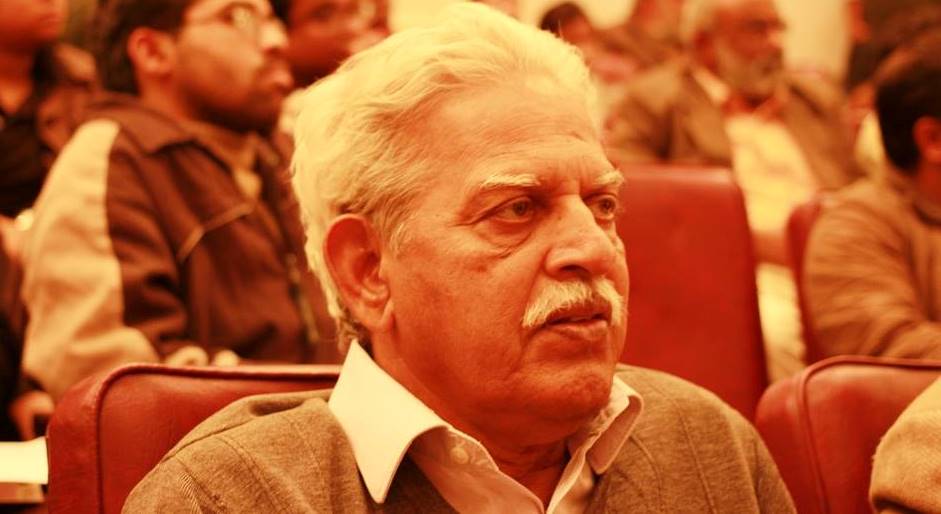 Born in the quaint village of Chinna Pendyala in the Warangal district in 1940, Varavara Rao belonged to a middle class Tamil Brahmin family. His ordinary background instilled in him a love for the common man from a very young age. He established a deep connection with his roots in Warangal and its people.

In 1960, Varavara Rao completed his Masters in Telugu literature from the Osmania University. However, his love of literature and poetry had already begun in 1958 when he began to write poetry. His academic qualifications which provided him with a formal training in the various forms of Telugu literature helped to impart an added sheen to his natural penchant for literary critics.

After completing his MA he started working on his PhD. However, he left his academic pursuits in favor of a job of a lecturer in a private college in Siddipet in Medak district. No matter what he did Varavara Rao’s yearning to be back in his homeland in Warangal made him give up that and several other jobs following that. He finally joined the government college of Warangal, C.K.M as its principal.

During one of his professional stints as a lecturer in a private college in Mahbubnagar, revolutionary ideas began to inspire Varavara Rao. As a step towards expressing his thoughts through the medium of literature, he formed the literary group ‘Saahithee Mithrulu’ or friends of literature which published the journal Srujana in 1966. The initial few editions of Srujana were purely literary with no political or philosophical overtones.

However, great revolutionary activities were gradually gaining ground and Warangal was the first to respond to their call. In 1968, he led the formation of Thirugabadu Kavulu or the Group of Rebel Poets. The group joined the cause that led to the armed struggle in Srikakulam.

The birth of Virasam or Viplava Rachayitala Sangham, the Revolutionary Writer’s Association was the result of the rippling effect of Thirugabadu Kavulu’s consortium  with the Srikakulam cause. The Virasam, another one of Varavara Rao’s brainchild, collected the support of a huge number of Telugu writers, poets and activists both young and old.

Varavara Rao as the chief spokesman of Virasam toured the whole state spreading awareness about their cause amongst everybody. At each of these assemblies people were able to witness his excellent oration skills as he recited his inspiring poetry that he had composed for the occasion.

His active involvement in revolutionary activities led him to irk the state government resulting in his courting arrest on several occasions. He also had to undergo severe mental and physical assault owing to his anti-government and pro-revolutionary ways.

In addition to these he has also utilized his skills in editing several poetry anthologies. Even while in prison, he published several noted literary works which are considered with reverence in Telugu literature. His Telugu translations of Ngũgĩ wa Thiong’o’s prison diary ‘Detained’ and the novel ‘Devil on the Cross’ indicate the depth of his passion for his work even in one the bleakest moments of his life. Moreover, his own prison diary ‘Sahacharulu’ published in 1990, also written during this period, deserves special mention. His thesis,’Telangana Liberation Struggle’ and the Telugu Novel: A Study into Interconnections between Society and Literature, is considered a significant work in Telugu literary criticism

In 1990 Varavara Rao moved to Hyderabad where he is currently settled. In 2001 Varavara Rao along with Gaddar were selected as emissaries for talks between Naxalites and the Telugu Desam government. Their names were suggested by the Communist Party of India (Marxist-Leninist) Peoples War group. The talks were held and broken on several occasions until finally in 2005, Varavara Rao and his other associates who were sent as emissaries, pulled out of the talks process.

Despite his long stints in prisons and the life risks he ran owing to his association with the cause of the people Varavara Rao kept alive the flame of righteousness burning in his heart. That, along with his love for poetry helped him move on the path of his beliefs and remain loyal to his people.