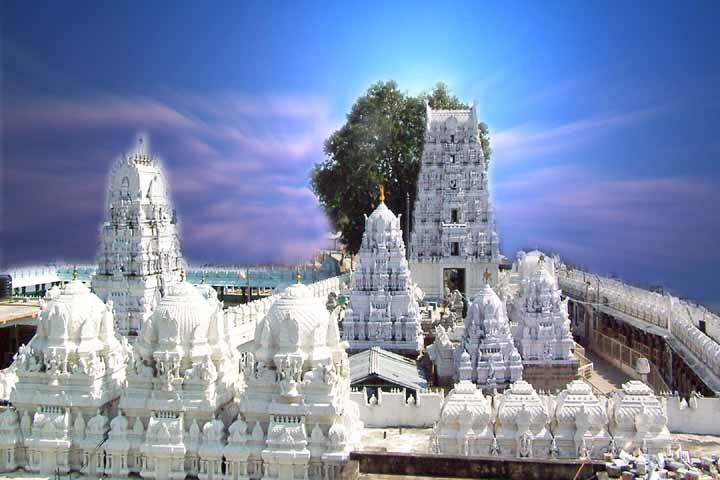 Located on the banks of the Mulavagu River, Vemulwada is located in the district of Karimnagar. Known as the land of the Chalukyas, Vemulwada bears a testimony of its rich history in the inscriptions etched on the architecture of the myriad temples dotting its landscape. Consequently, these temples form an important landmark for Karimnagar Tourism and Telangana Tourism.

The Sri Rajarajeshwara Swamy Temple in Vemulwada is probably one of the most popular among its brethren. Known as the abode of Eshwara, the temple is one of the most famous and ancient among the saivite temples of Telangana. The presiding deity in the temple is Sri Rajarajeswara Swamy, an incarnation of Shiva. The deity is also popularly known as Vemulawada Rajanna in Telangana region. 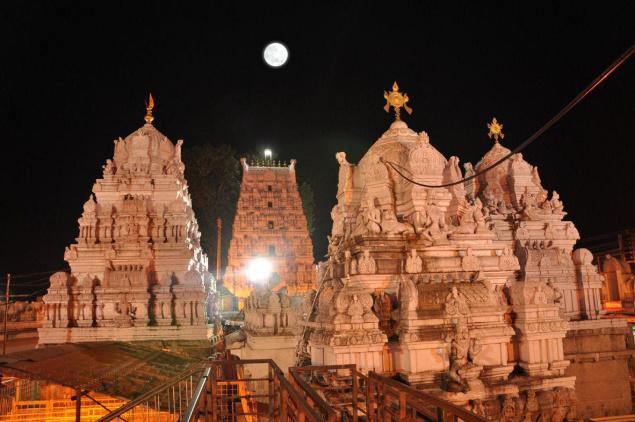 The idol of the main deity is in the form of “Neela Lohitha Siva Lingam”. He is flanked on both sides by his consorts Sri Raja Rajeswari Devi on his right and Sri Laxmi Sahitha Siddi Vinayaka on his left.

The temple is associated with several legends and therefore forms an essential part of folk lore. The legends have contributed in giving the temple a new name. Therefore according to the Bhavishyothara Purana, Surya, the sun god, cured his disability by praying to this shrine. Henceforth this shrine also came to be known as Bhaskara Kshetram. Stories and legends such as these have filled the coffers of the Sri Rajarajeshwara Swamy temple and have indeed helped in making it the most preferred religious destinations among the temples of Telangana and Karimnagar.

It is beleived that Vemulawada Temple is built by Chalukya Kings during 750 AD to 973 AD. During Raja Raja Narendra time, this temple got many developments.
The famous Telugu poet ‘Bheemakavi’ lived in Vemulawada during 11th century. His poetic compositions are in Chaatuvu style.

Located around a tank known as the Gudicheruvu, the temple etches a beautiful picture in the evening when the lamps light up the evening prayers. The reflection of the lamps in the placid waters of the tank and the chanting of the hymns from the temple premises does create a surreal atmosphere. 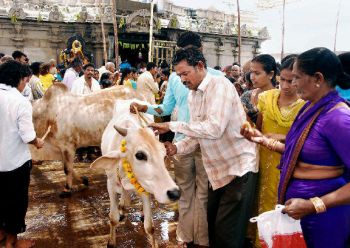 The Karimnagar temple draws huge crowds primarily during the Mahasivarathri Jathra and Sreerama Navarathrotsavams with the former being the bigger and the more famous of the two. The temple is adorned with lights and flowers to welcome the devotee who throng to offer prayers to Lord Shiva from different parts of the country. The temple authorities make sufficient arrangements to organize the crowds so as to ensure safety and security to all visiting devotees.

The Sreerama Navarathrotsavam is a Vaishnavite festival which is celebrated with equal grandeur. The Sri Seetharama Chandra Swamy Varla Kalyanotsavam & Rathotsavam are performed on Navami day and huge crowds throng to witness the celebrations and participate in them. 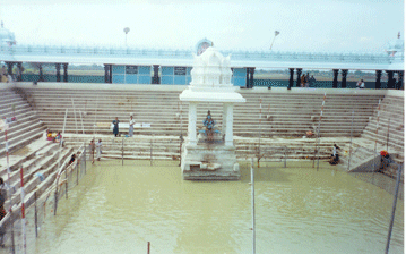 The Sri Rajarajeshwara Swamy temple also participates in philanthrophic activities. In 1990 it launched the Nitya Annadana scheme in which it seeks donations from various organizations and individuals to provide food to poor devotees who throng its premises. The programme has been appreciated and till date continues to receive support from Philanthropists in India as well as abroad.

Entry Fee:
– No fee is charged to Devotees for entering Temple premises. 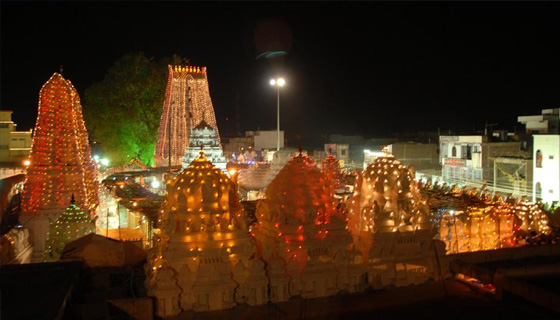 Specialty of the place:
– The Sri Rajarajeswara Swamy temple paints a rare picture of communal harmony ever seen in any religious site. The temple hosts a mosque within its precincts. The 400 year old mosque was built by a Muslim devotee of Lord Shiva.
-The temple premises are also famous for housing Buddhist and Jain sculptures and inscriptions. The presence of these edifices of the Buddhist and Jain faith and the regular visits of followers of these faiths to the temple indicate the importance of this place in their religion.

Sri Rajarajeshwara Swamy Temple Timings: The temple is open on all days from 4.00 am till 9.00 pm.

Where to stay:
– There are several choultries land guesthouses located close to the Rajarajeswara Swamy temple. Most of these provide basic facilities but are perfect for the purpose of devotees. They are available for approximately INR 500 – INR 600 (AC) and INR50 – INR250 (Non AC).
– The Sri Bheemeshwara Guesthouse is also available in the area. It provides a comfortable air-conditioned room at INR1500.

How to reach: The most popular mode of transport for accessing the temple is through the bus. The State Transport Department has organized a wide network of bus routes to help devotees reach this holy site.
– Vemulawada can be easily accessed by road. It is well connected to Hyderabad, Karimnagar, Warangal, Nizamabad, Medak and other parts of the state.
– There are many State Transport buses from Jubilee Bus Stop to Vemulawada
– The nearest international airport is located at Hyderabad which is around 165 km from Karimnagar town.