Chief Accountant of Yama is ‘Chitragupta’ and is the one who maintains all the records of good and bad of one’s life. Ever heard of ‘Chitragupta Temple’ in Hyderabad?

‘Chitragupta Mahadeva Devalayam’ is in Chatrinaka near to Uppuguda Railway Station of Old City of Hyderabad. This is the only ‘Chitragupta temple’ in Telangana State. (There are very few temples of Chitragupta in India). 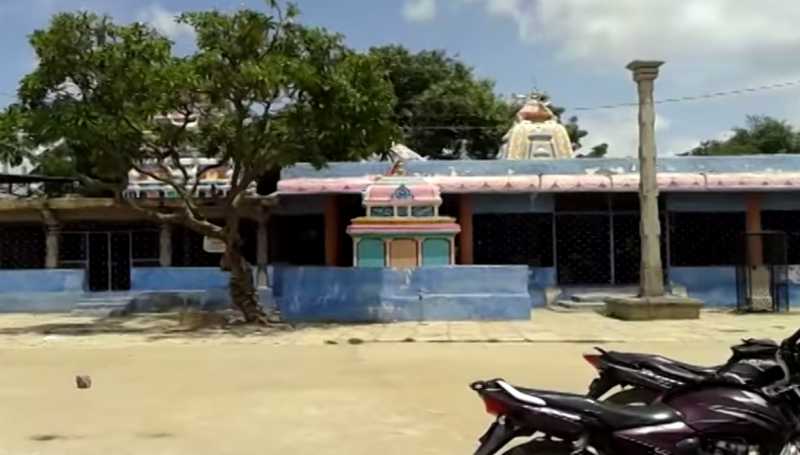 The temple is believed to be more than 200 years (built in early 18th century) old which is built by Kayasths. ‘Chitragupta’ is considered as the ‘Kula devatha’ of Kayasths. Kayasths are believed to be worked as Finance Ministers, Prime Ministers and other higher official grades during Qutub Shahis rule.

Maharaja Chandulal and Maharaja Kishan Pershad are some of the important people of Kayasths of Hyderabad.

One can find the idols of Chitragupta along with his consorts Iravati and Dakshini in the temple. The 12 sons of ‘Chitragupta’ are Srivastav, Suryadwhaj, Nigam, Kulashresta, Mathur, Garg, Saxena, Gaud, Asthana, Ambasht, Bhatnagar and Valmiki. 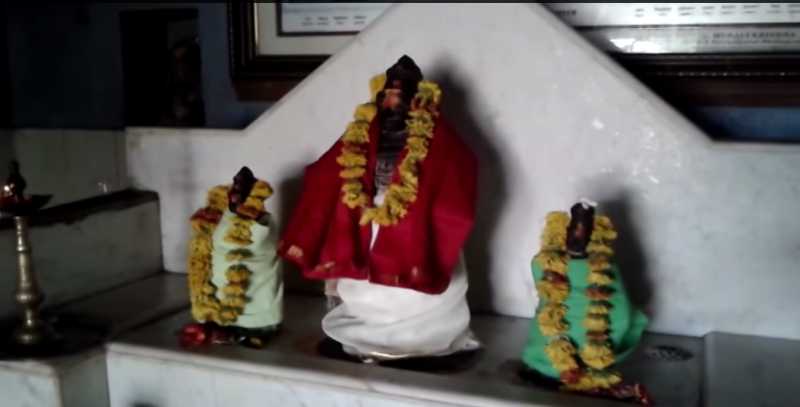 Chitragupta Swamy with his two consorts in the temple

Previously there used to be procession idols (Utsava vigrahalu) made of ‘Panchaloha’ which were stolen few decades ago. Huge crowd visits this temple to clear off their Doshas. ‘Abhishekam’ is performed daily and special pooja is performed on Wednesdays for those who are affected by ‘Ketu Graha Dosha’.

One can reach Uppuguda MMTS Railway Station and from there the temple is at a distance of 5 min walk.

Get in touch with the local priest of ‘Chitragupta Temple’ to know more historical facts of this temple.