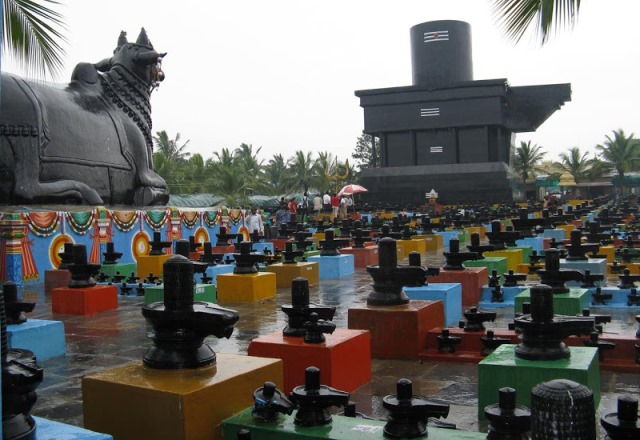 In Siddipet, the Koti Lingeshwara Swamy temple is one of the most ancient shrines. It is dedicated to the worship of Lord Shiva and houses more than a Crore (Koti) Shiva lingams also known as Parthiva Lingams.

The temple was built by Sri Sri Madanananda Swamy in 1979. Legend has it that Swamiji received a vision in his dreams where he was instructed to build a Koti lingam temple. Siddipet the chosen place of the temple was unknown to him. However, with the blessings of Lord Koppole Sangameshwara Swamy, Madanananda Swamy travelled to Siddipet and stayed at Sharabeshwaralayam where his devotees built the Parthiva or earth Lingams for the temple. Locals from Siddipet and the surrounding area also came forward to contribute financially to facilitate the construction of the temple. Finally, in May 1979, Sri Sri Madanananda Swamy performed the Yantra Vigraha Prathista of the Koti Lingeshwara Swamy temple and laid the foundations for the great pilgrimage in the area.

The Sanctum, Sanctorium or the Garbhalaya of the temple houses the main idol which was brought over from Varanasi. Beneath the main idol were buried the Shiva Panchakshari written manuscripts at a depth of one foot. The main lingam displays the divine symbols of Chandra Rekha, Bhasma Rekhalu, Parvathi and Ganga Devi on its body.

The ashram where Sri Sri Madanananda Swamy stayed has been converted to Sadananda Ashram. It provides accommodation facilities to devotees, swamis and yathis who travel from far away places to visit and offer their prayers at the shrine. 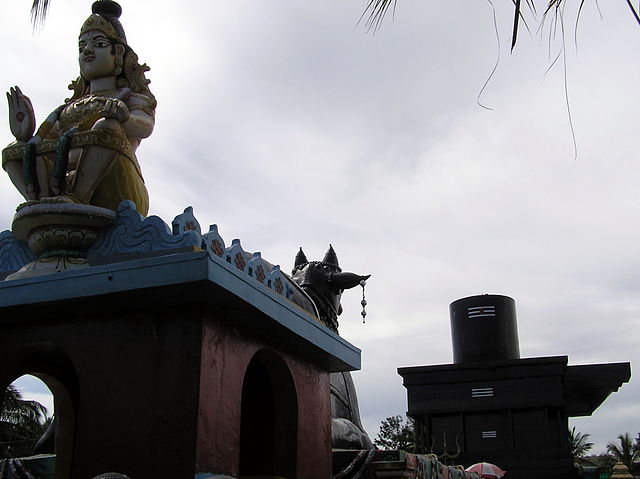 The temple premises have often been graced by the auspicious footfalls of Pandits, poojaris, Veda Scholars and other great people who have actively volunteered to participate and contribute in the Alaya Prathista and installation of idols.

The Temple is endowed with magical powers following an incident in its year of inception. A divine cobra with the shiva lingam mark visible on its hood arrived on the bags containing the Parthiva Lingams. The reptile remained with its hood raised for four hours attracting devotees who thronged to the temple to seek blessings from Nag Devatha or the divine serpent.

This Temple houses around 12 subsidiary temples in all. The main hall or Mandapam is supported by 36 pillars and is a massive structure. In addition to the Shiva lingams there are around 148 other idols. Along with these, the temple also houses a sacrificial hall, a library, a Kalyana Mandapam and a Gali Gopuram. The sacrificial hall where homams or Yagnas are performed every day is another major attraction with its 16 pillars. Some of the other idols gracing the Koti Lingeshwara Swamy temple with their divine presence include: 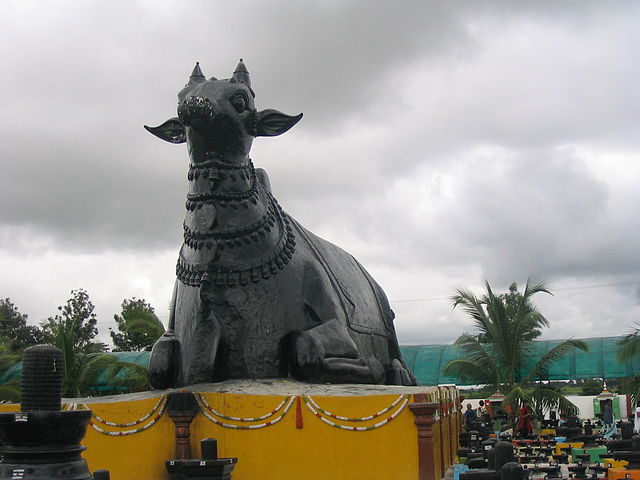 Where to stay:
– Siddipet offers several good and affordable hotels. Pilgrims can also stay at the Sadananda Ashram which provides basic facilities.