No visit to Hyderabad is complete without visiting the parks in Hyderabad. In the recent times Hyderabad has grown in terms of area and population but at the same time there are many must visit greenery places. A visit to the green paradise in the middle of concrete jungle is definitely delightful. Here are the 10 well maintained beautiful Parks in Hyderabad for a relaxing evening: 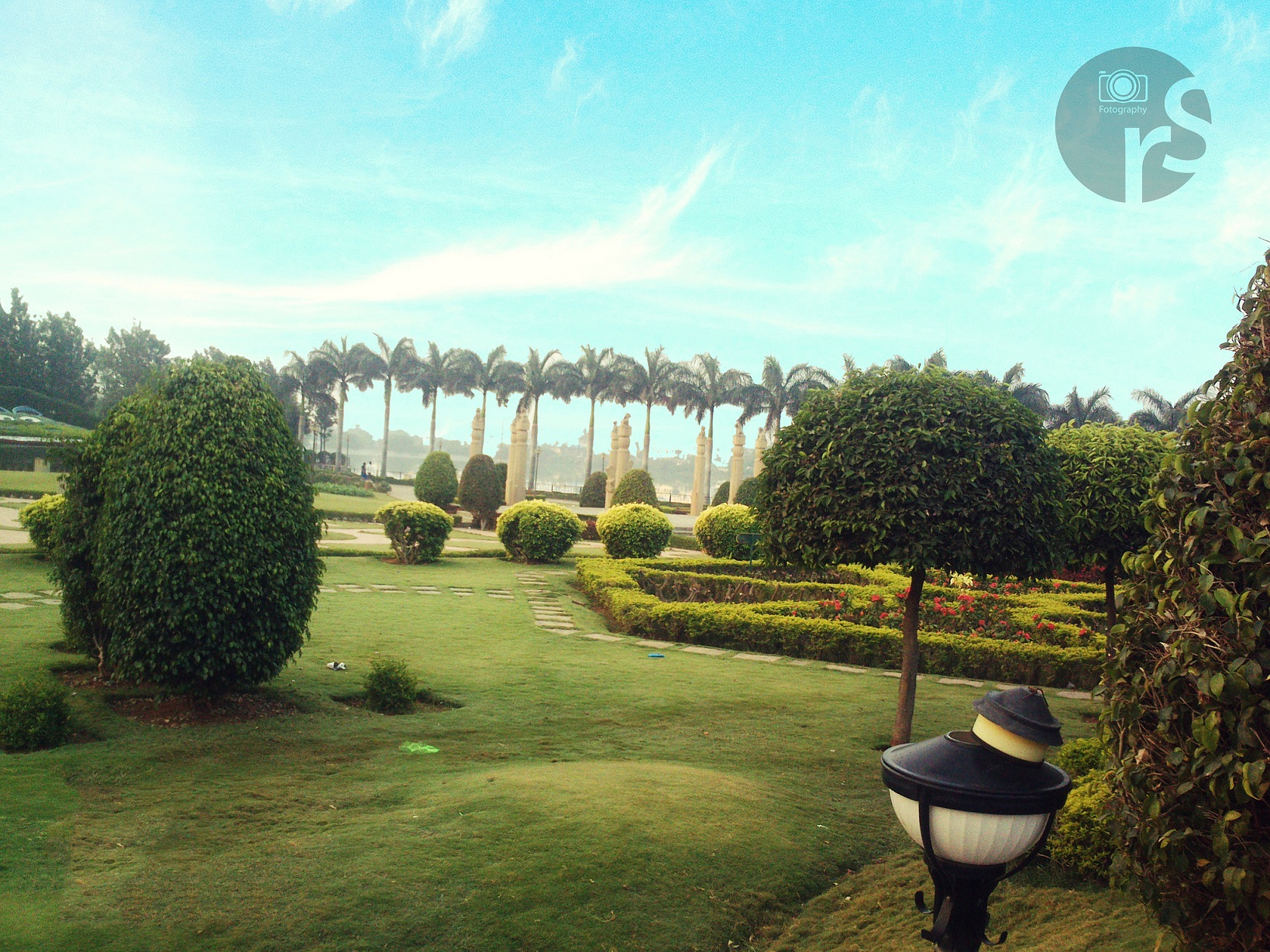 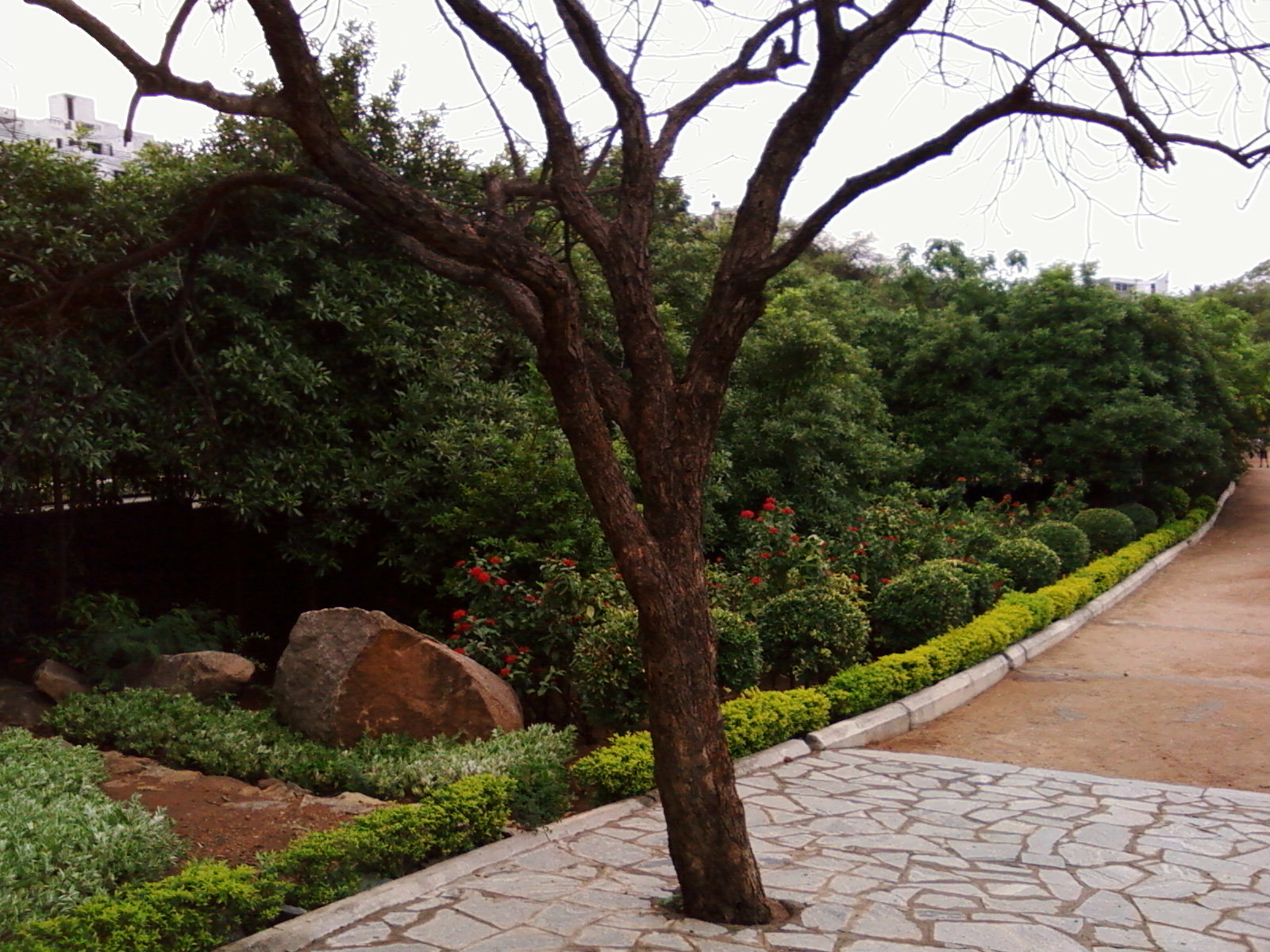 Kasu Brahmananda Reddy Park, popularly known as KBR National Park is a vast spread of lush greenery and rich fauna which is located in the middle of Hyderabad city ‘Jubilee Hills’. This park promises rejuvenating nature amid the concrete buildings and traffic of city life.  The KBR Park, along with its picturesque beauty and rich flora and fauna, is also historically significant. It was established in the year of 1994 with an aim to preserve the nature of this area. 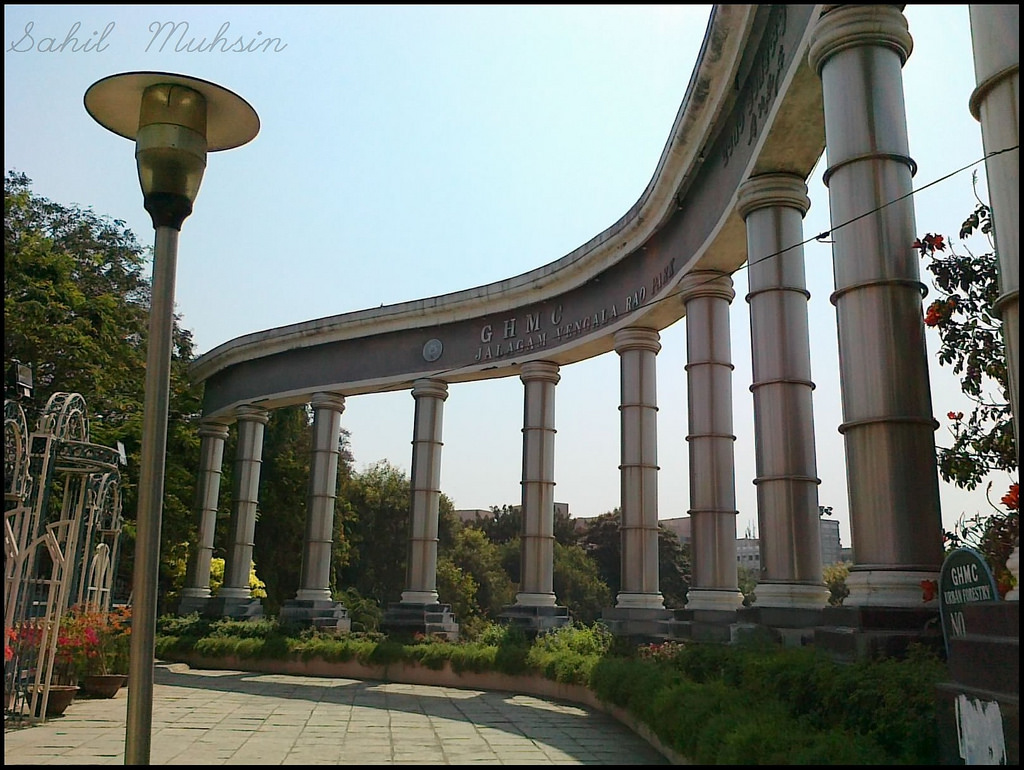 Jalagam Vengala Rao park, is located between Banjara Hills and Jubilee Hills which is spread over 10 acres. The park was opened to public on August 2002. The Park contains a man made green crater with one small pond located inside it. This is one of the beautiful parks in Hyderabad and is maintained by GHMC authorities. There is also a walking track around the centre, a dedicated play area for children with slides, rocket elephant, climber, seesaw, merry-go-round and swings. A small cafeteria section houses few arcade games for all ages. 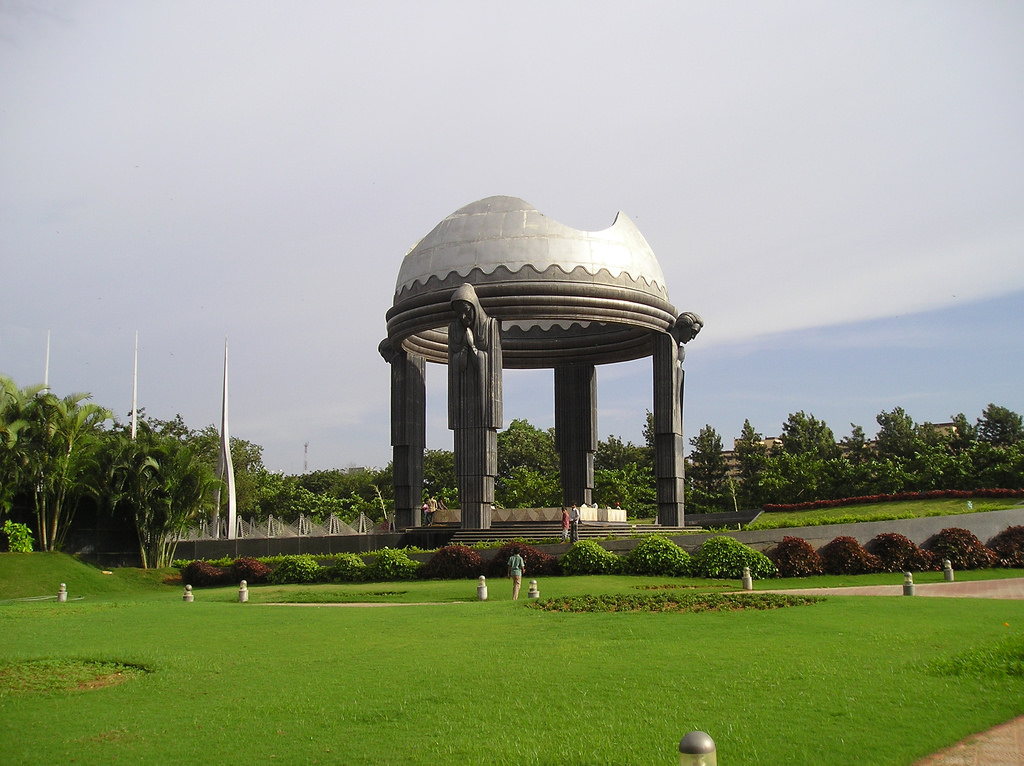 
Located near the famous Hussain Sagar Lake, the park serves as a quick getaway from the cumbersome activities of the city life. The colorful flowers, trees, shrubs and plants in the park make the setting even more attractive for the visitors who relish the profound beauty of this place. Apart from a serene atmosphere, the park also offers a variety of recreational activities to keep the visitors entertained. Some of the interesting facilities of this place include a Machan Tree, a Car Cafe, and a play area for children, Japanese Park. There are also several food joints in park. 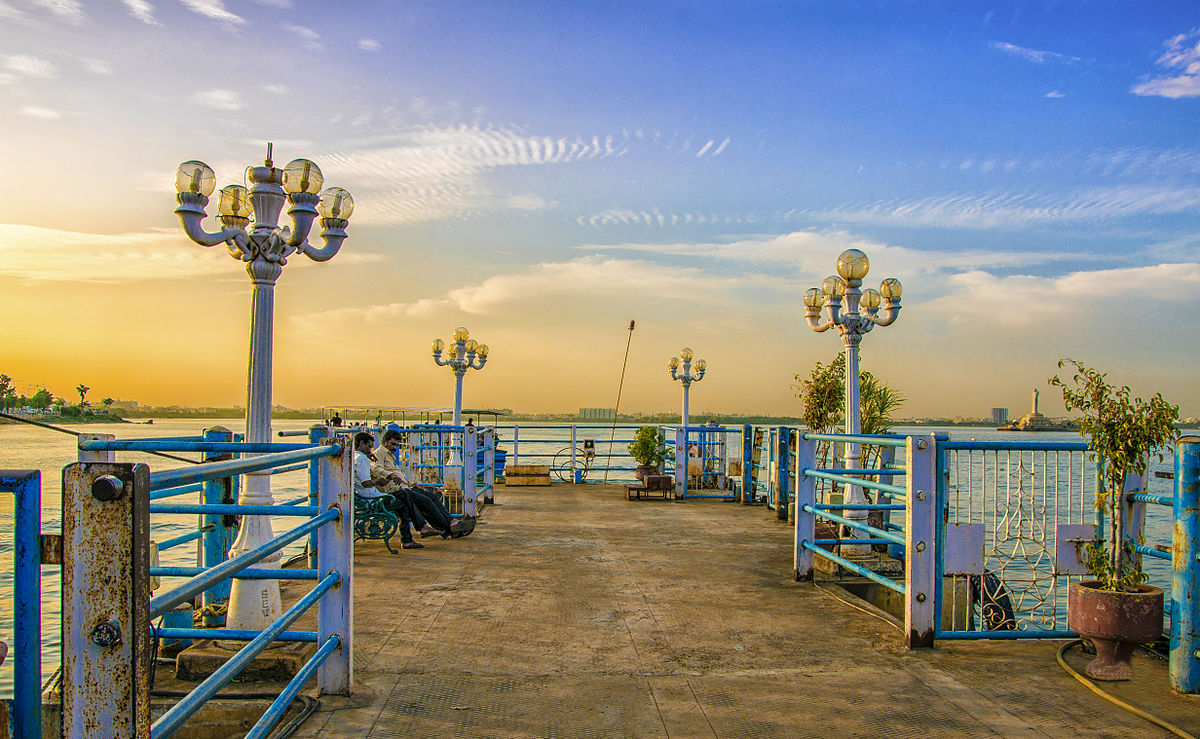 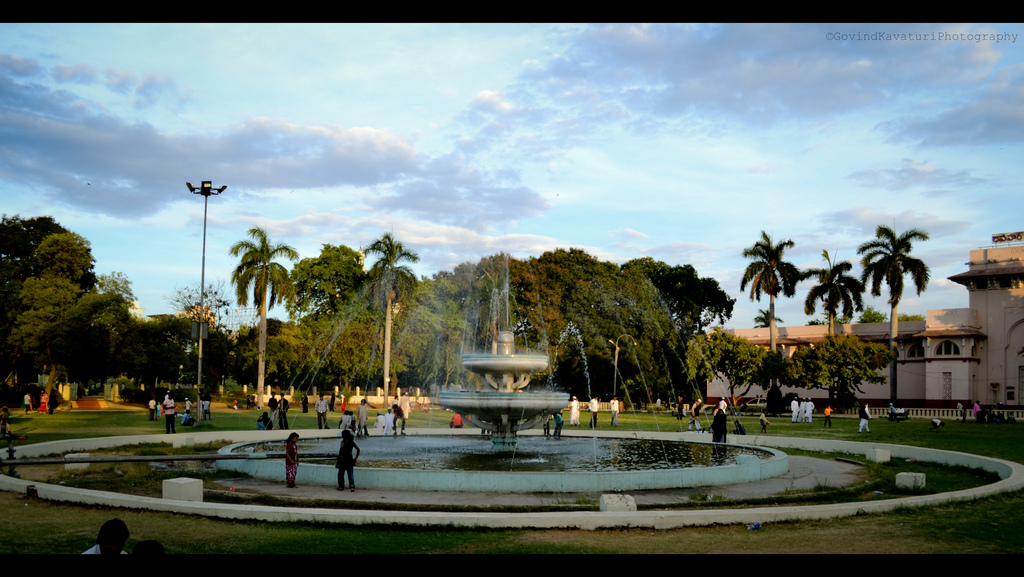 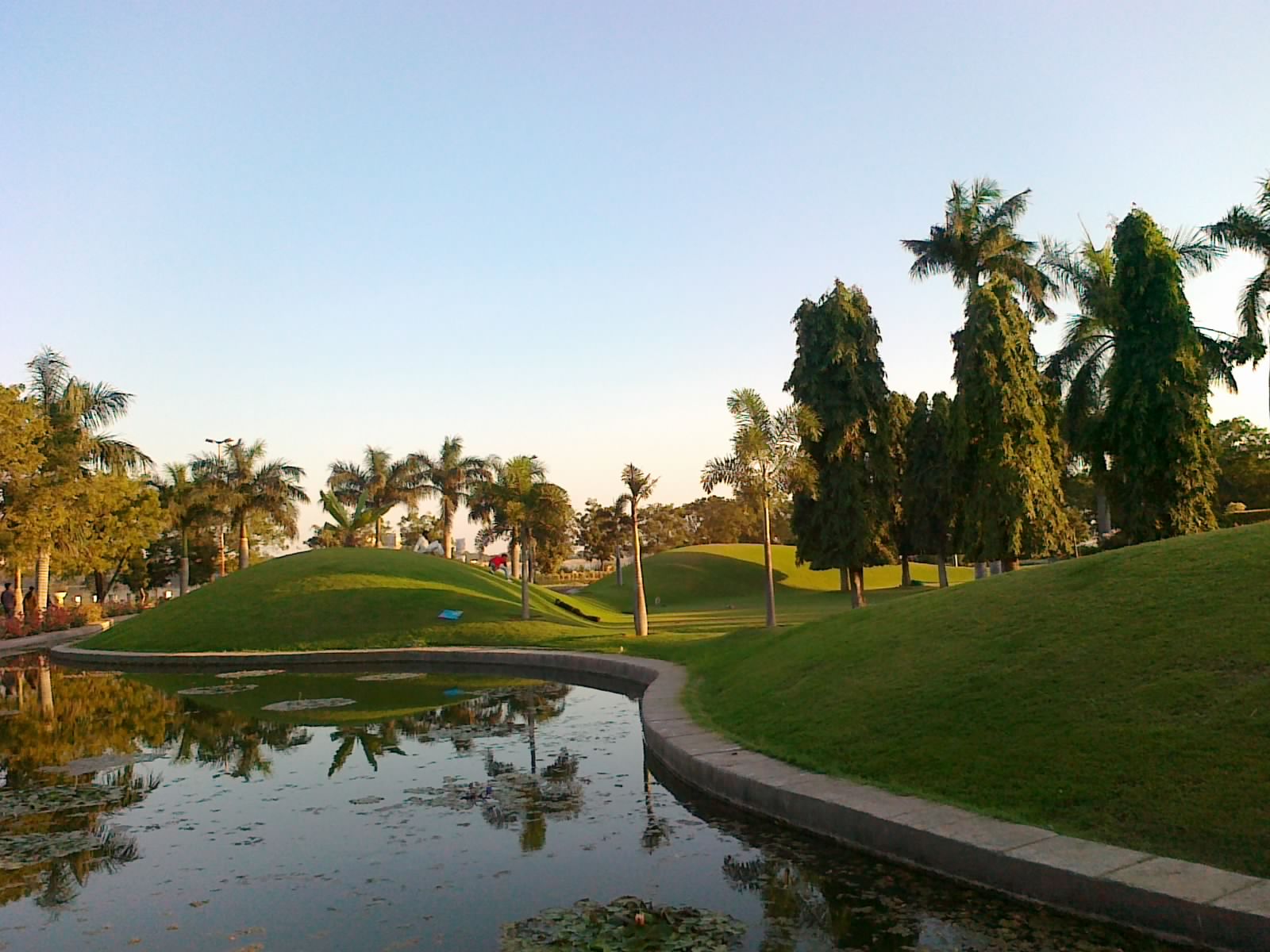 Sanjeevaiah Park is a public park and one of the prime tourist attractions. It is located along the banks of Hussain Sagar Lake known for nice landscape. It covers an area of 92 acres. The Sanjeevaiah Park is the only park located on the Necklace Road of Hyderabad. The lights in the park are solar powered. It is one of the oldest parks in Hyderabad and area wise this park is big. It is presently maintained and managed by the Hyderabad Metropolitan Development Authority.Main Attractions of Sanjeevaiah Park are Rose Garden, Fauna, Floral Clock, and Rock Garden. 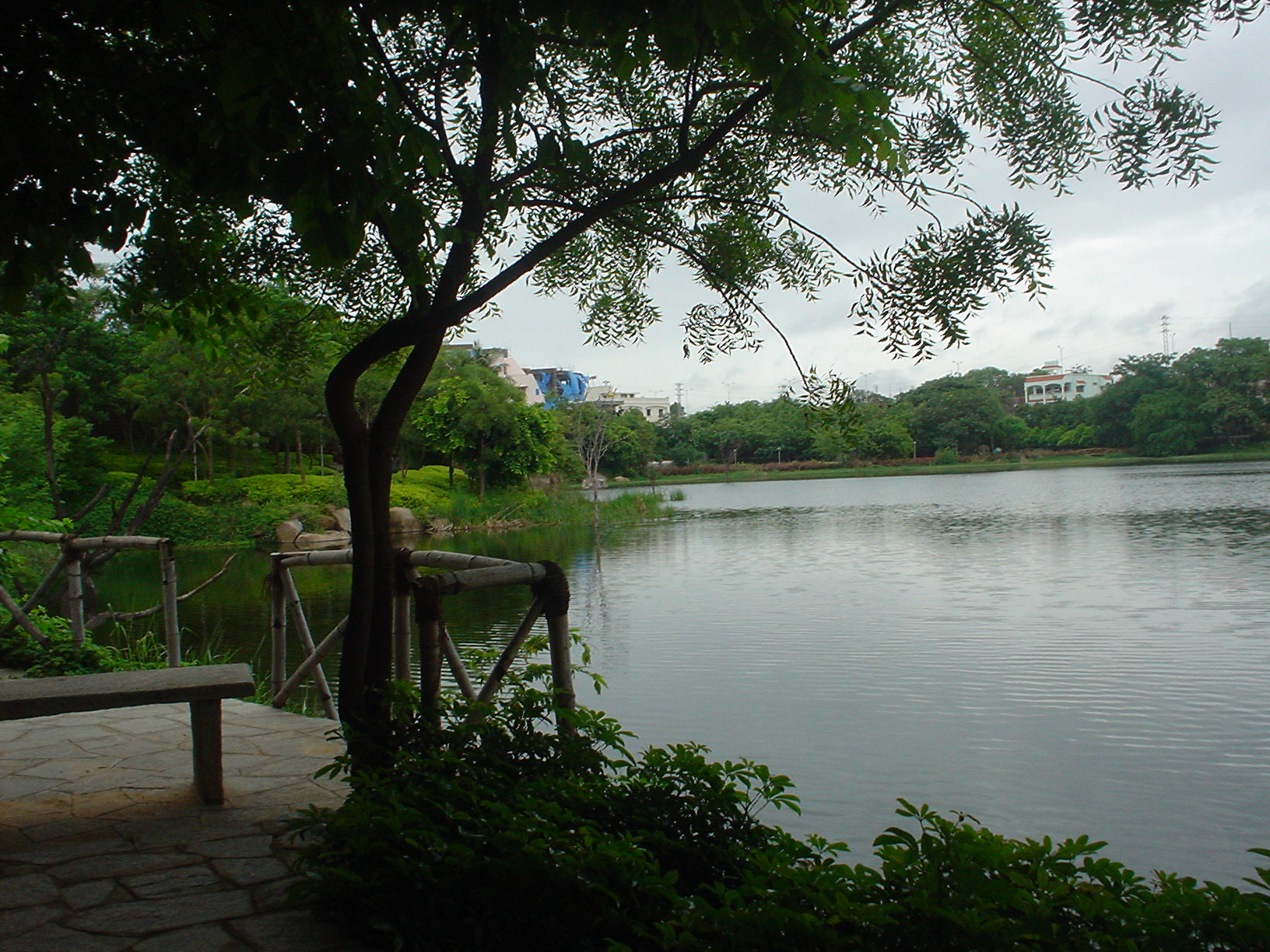 Lotus Pond is located in the insides of MLA Colony in Jubilee Hills. It offers a refreshing break amidst the concrete buildings. This oval shaped pond is a suitable place to visit. Lotus Pond is just 2 km away from KBR National park main gate. Owing to the innumerable number of Lotus flowers in it, Lotus Pond was named the same. However, not many lotuses can be seen now. The Lotus Pond has a rich flora and fauna. It has about 20 varied species of birds. Trees at the park have boards with their scientific and common name. 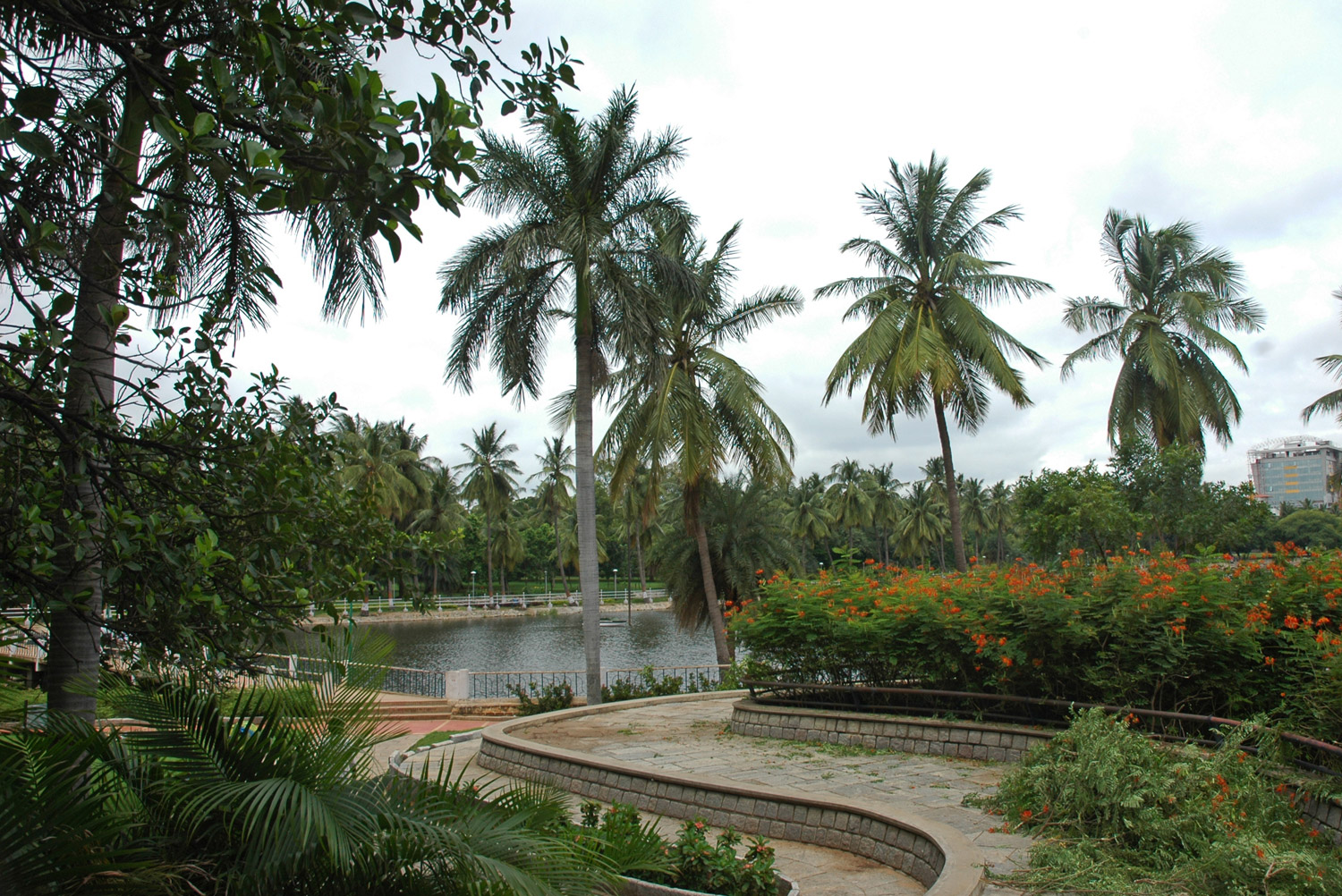 Indira Park is a recreation park dedicated to the late,Indira Gandhi. Located in the heart of the city, it lies alongside the Husain Sagar Lake of Hyderabad. It is also one of the oldest parks. The uniqueness of the park lies in its special design of construction which does not disturb the already present natural components like the sandalwood trees, date palms, and the Keuvda plantation. The park also houses special attractions such as a rose garden, a skating area, a pond and several waterfalls and musical fountains. Visitors can also enjoy the boating facilities made available here. 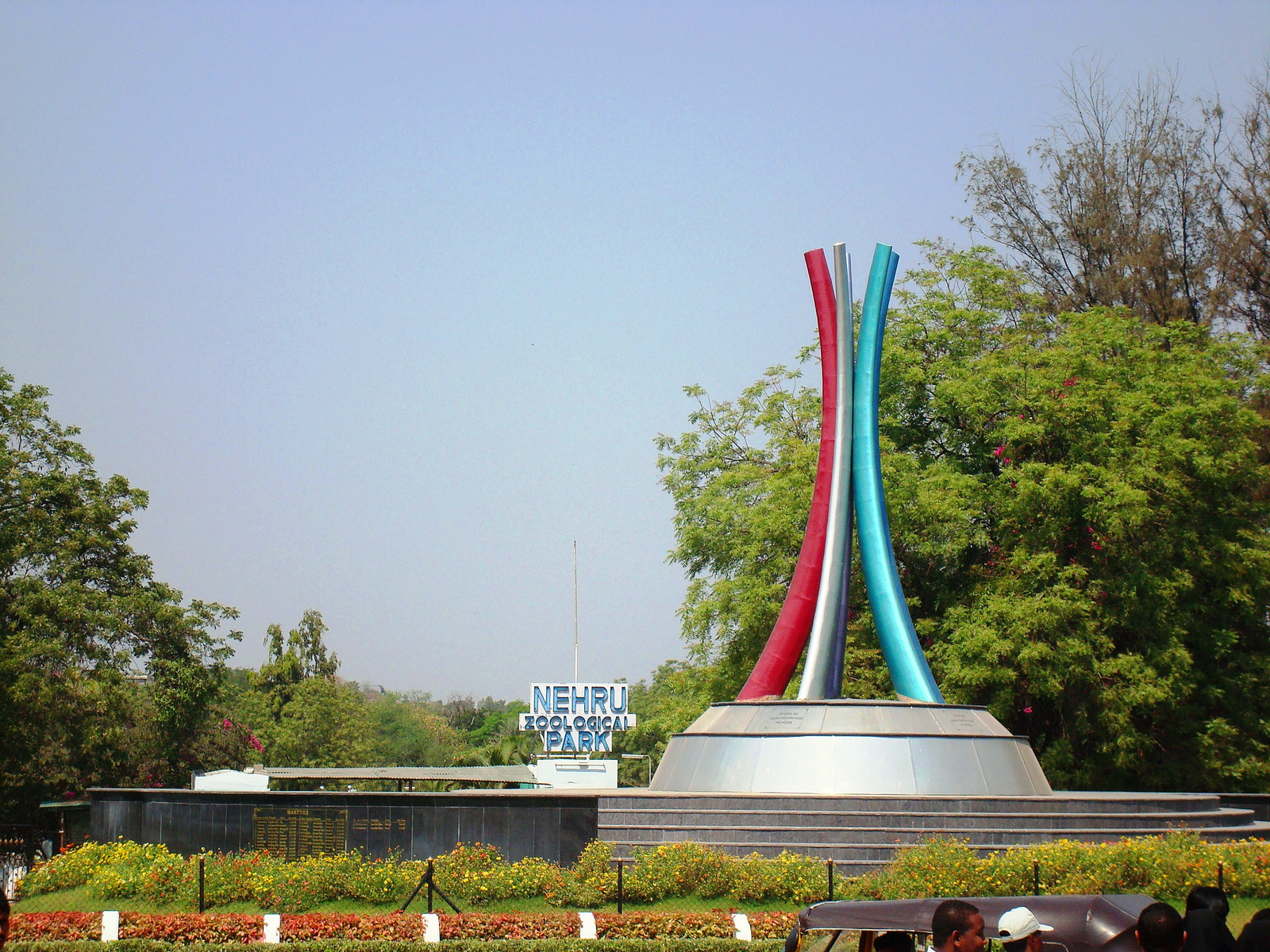 Nehru Zoological Park is popularly known as the Hyderabad Zoo, Named after Pandit Jawaharlal Nehru, the zoo is an attraction of the city. Spread over 380 acres, the zoo is managed by the Forest Department of the Government of Telangana. The Department mainly strives to rehabilitate endangered species, create public awareness to protect wildlife and research for wildlife conservation. Safari rides are among the key attractions of this zoological park. Mini train ride and elephant ride are fun for kids. One can also visit the museum present inside the zoo.